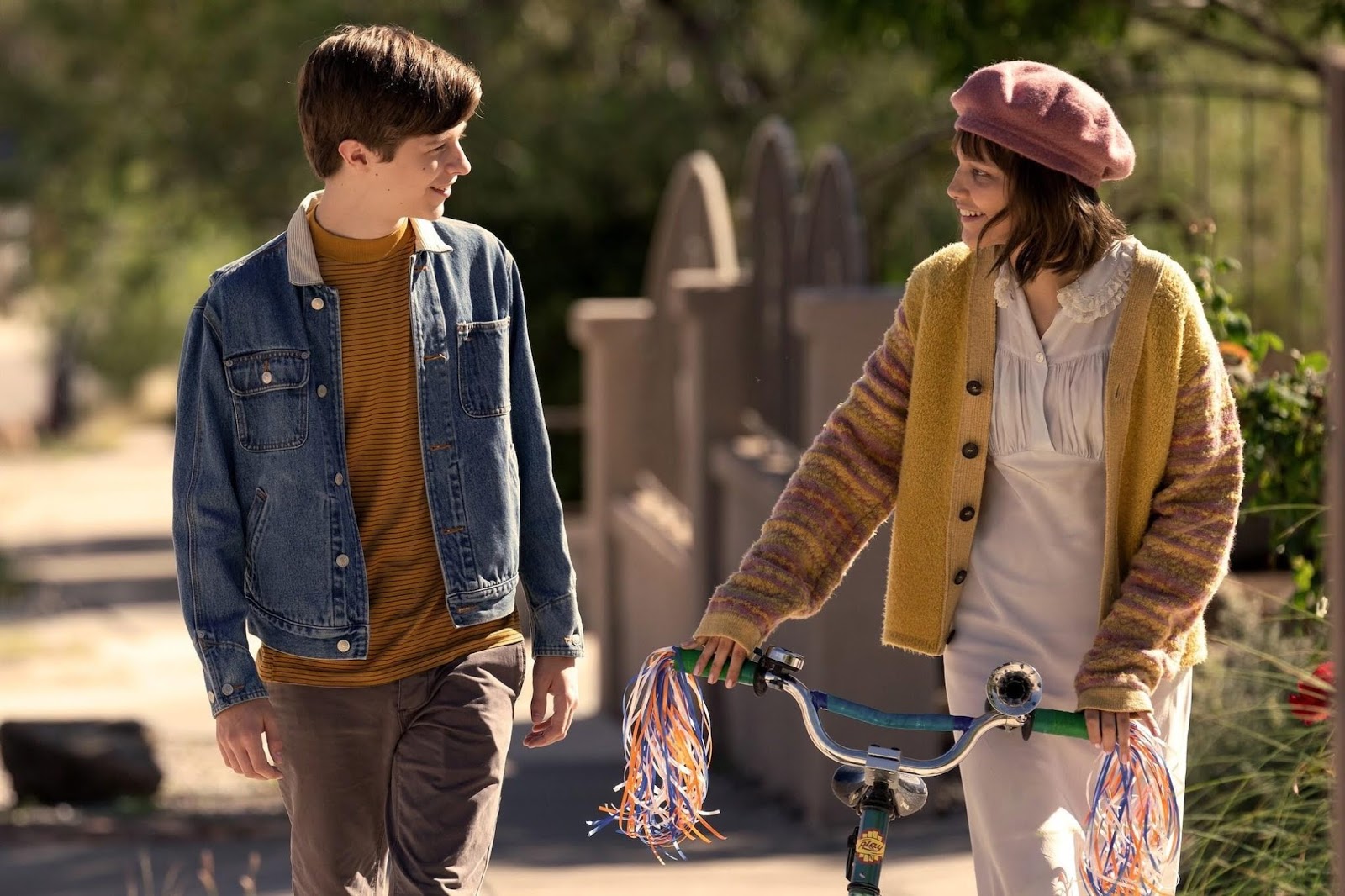 America’s Got Talent winner Grace VanderWaal makes her acting debut in Stargirl, a Disney+ adaptation of the bestselling novel by Jerry Spinelli. Try not to get it mixed up with the other Stargirl, the CW’s Arrowverse series which also dropped a trailer on the same day. It’s like they’re deliberately trying to mix people up with two seemingly-impossible young female leads.

The Stargirl of Disney’s upcoming movie is Stargirl Caraway, a bold, unconventional, outgoing new kid at school whose quirks attract the attention of the introverted Leo Borlock (Graham Verchere), threatening to break him out of his shell. Who doesn’t love a girl who plays the ukelele? She looks like the classic Manic Pixie Dreamgirl, which I guess is fine because why should we expect anything different with a name like that?

As far as coming-of-age films go, this looks lighter than most but is probably just right for the Disney+ audience. Interestingly, it’s directed and co-written by Julia Hart, whose super-powered drama Fast Color made quite a splash last year. The cast includes Giancarlo Esposito who keeps popping up where he’s least expected, plus Karan Brar, Darby Stanchfield, and Maximiliano Hernandez.

SYNOPSIS:
Leo Borlock (Graham Verchere) is an average student at Mica High School. He gets decent grades, is a member of the school’s marching band and has always been content flying under the radar. But all that changes when he meets Stargirl Caraway (Grace VanderWaal), a confident and colorful new student with a penchant for the ukulele, who stands out in a crowd. She is kind, finds magic in the mundane and touches the lives of others with the simplest of gestures. Her eccentricities and infectious personality charm Leo and the student body, and she quickly goes from being ignored and ridiculed to accepted and praised, then back again, sending Leo on a rollercoaster ride of emotions.