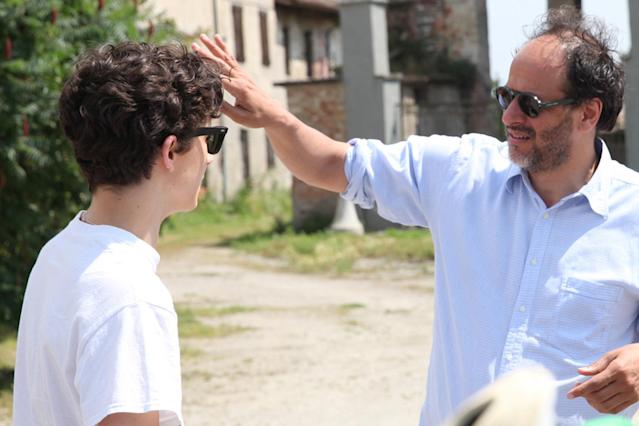 It must be tough to make a movie about cannibals right now, especially if you’re Luca Guadagnino and you famously directed alleged cannibal Armie Hammer in Call Me By Your Name. But Guadagnino is going for it anyway with Bones & All, and with the start of production we now know who will be joining stars Timothee Chalamet and Taylor Russell.

“David is my friend, a great filmmaker, and when I read those roles I thought of Michael [Stuhlbarg], and David,” Guadagnino told Deadline. “When I sent the script to David, he said, ‘You’re mad, and I’m’ in.’ So he’s in. I asked him to change his looks radically, and he’s done that. I do like discovering, so I’m launching the acting career of David Gordon Green, the great filmmaker.”

The film is based on a book by Camille DeAngelis, adapted for the screen by David Kajganich , who worked with Guadagnino on Suspiria and A Bigger Splash, the latter my favorite of his work by far.

Here’s the synopsis: The film is a story of first love between Maren, a young woman learning how to survive on the margins of society, and Lee, an intense and disenfranchised drifter, as they meet and join together for a thousand-mile odyssey that takes them through the back roads, hidden passages, and trap doors of Ronald Reagan’s America. But despite their best efforts, all roads lead back to their terrifying pasts and to a final stand that will determine whether their love can survive their otherness.

As for that Call Me By Your Name sequel which keeps getting pushed aside for other things? Well, Guadagnino isn’t as into that anymore.

“The truth of the matter is, my heart is still there, but I’m working on this movie now, and I’m hopefully going to do ‘Scarface’ soon, and I have many projects and so will focus on this side of the Atlantic and the movies I want to make.”

So the Hammer thing definitely hasn’t helped. For sure, it would be tough for any studio to greenlight a project with the disgraced actor right now. But other reasons are Guadagnino’s busy workload, as he stated, and also the difficulty in getting Chalamet who is one of the most in-demand actors around.