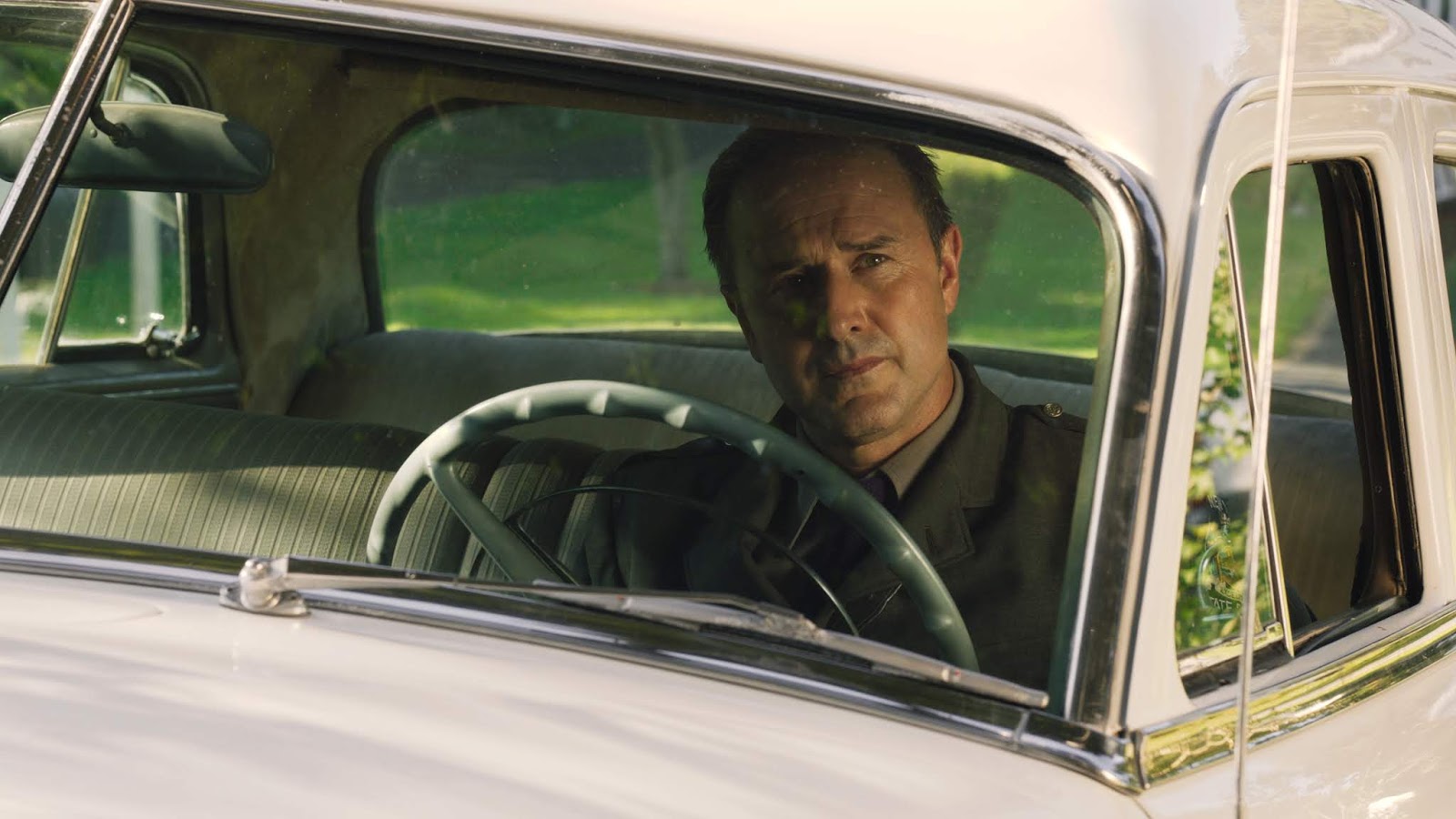 Before 1957, “there is no mob” was the official policy/comment from J. Edgar Hoover’s FBI.  However, after the famous “Apalachin Meeting” in the small town of Apalachin, New York (and all the subsequent arrests made from it), the US government started to get serious about the Mafia, and thank goodness, where would all our awesome mob movies (much better than this one) come from?

Danny A. Abeckaser’s Mob Town details an account of that famed meeting.  After being exiled in Italy, mob boss Vito Genovese (Robert Davi) successfully takes out his rivals and wants to set up a meeting away from all the heat of New York City and enlists Joseph “Joe the Barber” Barbara (Abeckaser acting as well as directing) to use his upstate New York residence to host up to 100 members (including 60 bosses) of La Cosa Nostra to establish himself as the “Capo Dei Capi.” 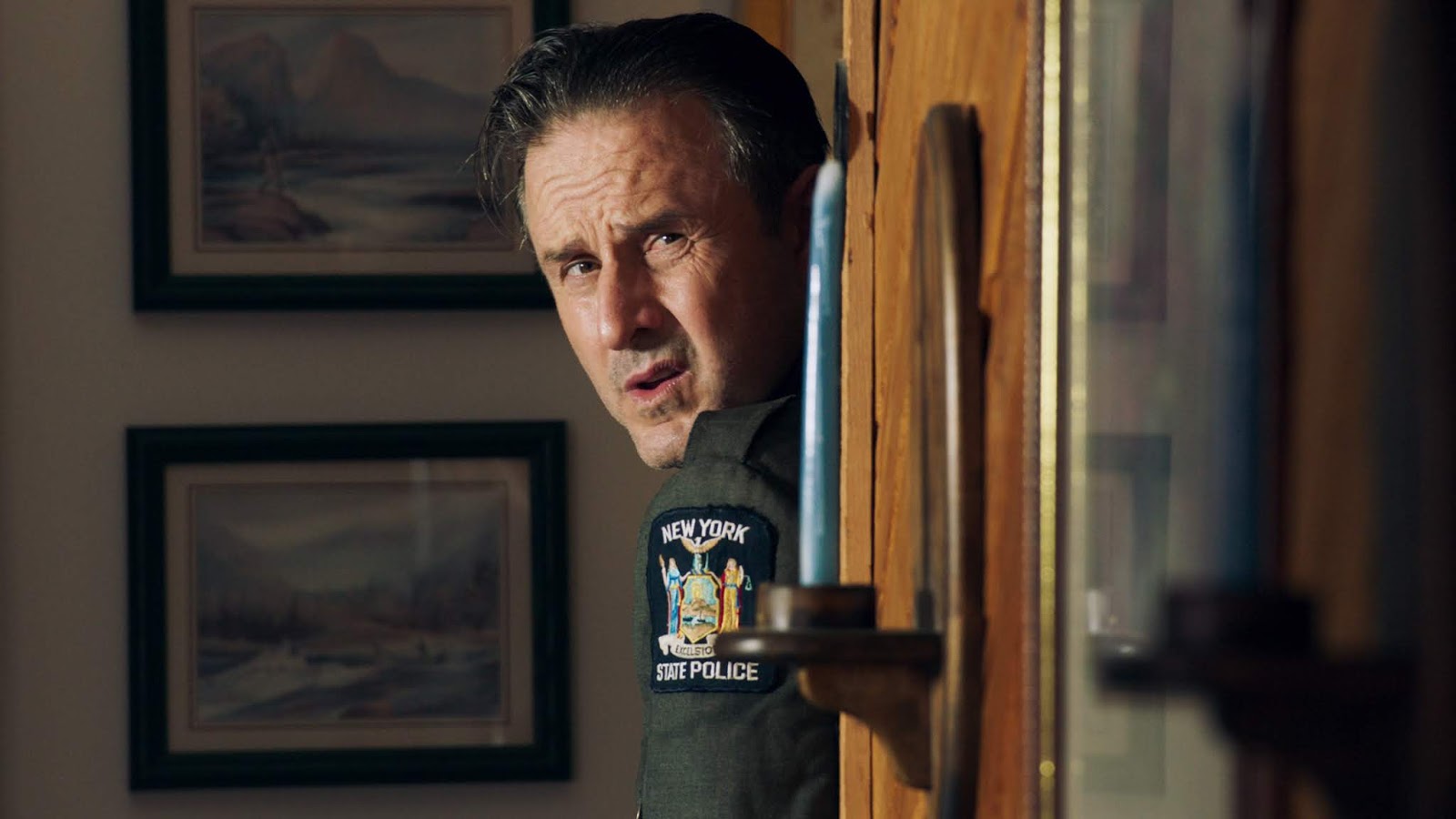 All that stands in his way is NY State Trooper Ed Croswell (David Arquette) who notices that “something’s up.” At first, he arrests an enforcer who has a fake ID and attempts to bribe him during the stop, but Ed’s not easily bought. Of course, the guy’s too connected and has to get cut loose after a state supreme court judge orders his release. That pretty much puts the bug in Croswell’s ear that the mob has somehow infected Apalachin, and he’s going to get to the bottom of it. Of course, this falls on deaf ears for his bosses. His job is to “write speeding tickets,” not investigate mob conspiracies that no one else sees. 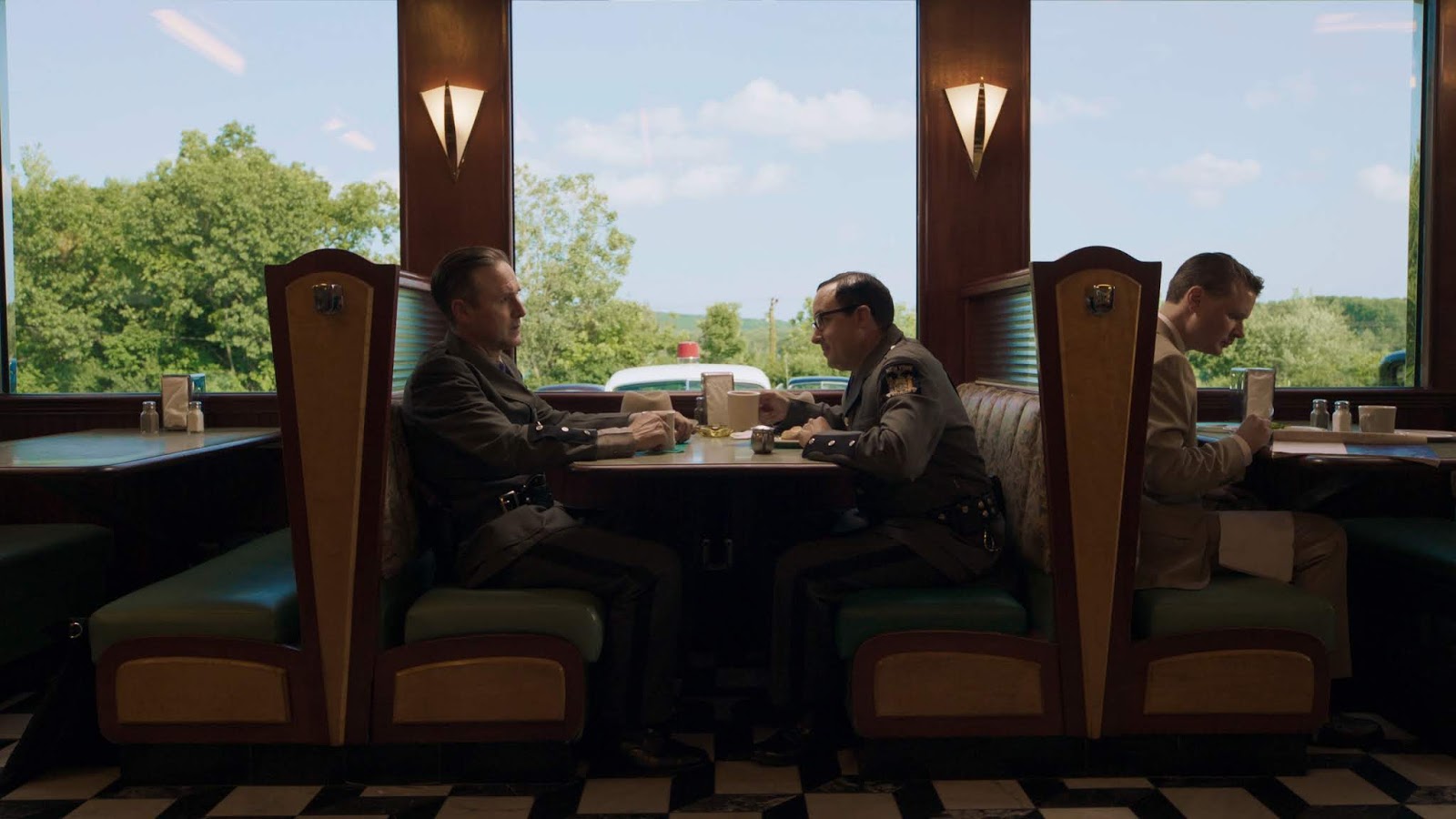 While having a name like “Mob Town” may make you think this is going to be Scorsese-ish, you may want to think again. For the most part, the film really digs into the concept of party planning. If this was a film about someone getting ready for a big wedding instead of a mob meeting, not much of the script would really change. When the film doesn’t focus on Croswell keeping his ear to the street and his courting of widower Natalie (Jennifer Esposito), focuses on Joe the Barber as he’s frantically trying everything in his power to make sure this mob summit goes off without a hitch. Everything from trying to figure out what fish to have, what steak to order, and making sure the spaghetti will be done right. Working alongside Joe the Barber is his wife Josephine (Soprano’s vet Jamie-Lynn Sigler) who REALLY wants him to do well and be able to move up the ladder. In fact, what makes Croswell really start to take interest in what might be happening, is the fact that he can’t get a steak while on a date with Natalie as all the steak in the town has been purchased for the mob summit. 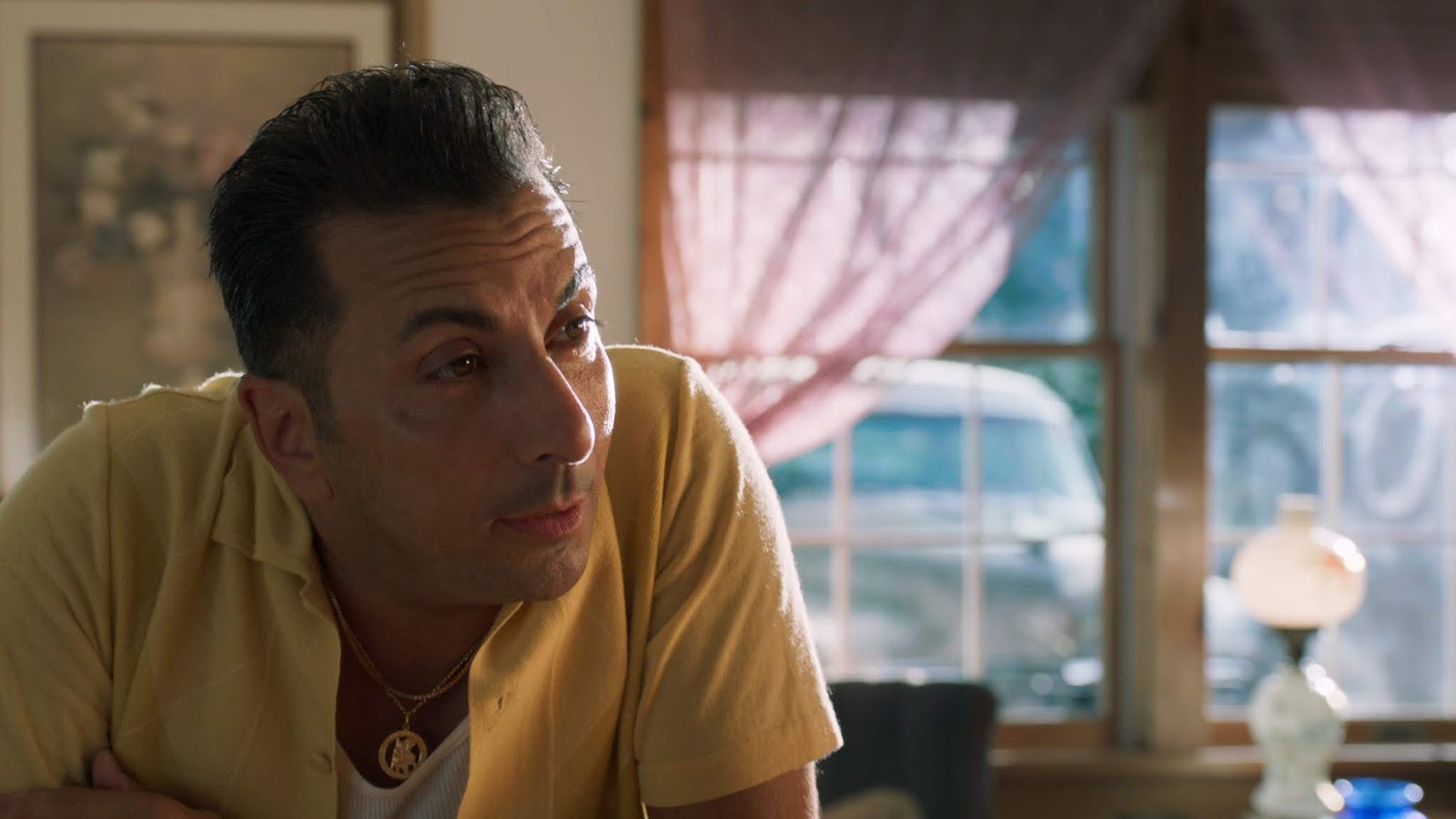 While some of the production is great (the architecture and car designs as straight out of the 1950s and captures that very well), most of the film falls a little flat. David Arquette’s Croswell doesn’t really sell that he knows something mob-related is going on, but somehow, he just does. You also can’t help but feel that Deputy Dewey Riley from Scream is in this movie instead of Sgt. Ed Croswell, who went on to become an authority on organized crime in real life. Sure, this could have been his origin story, but he still feels like he had no idea what was going on more than the audience did. Unfortunately, many of the mobsters are simply background extras, except besides Abeckaser’s Joe the Barber, who is hamming it up. The raid at the ending of the film, unfortunately, is a little anticlimactic as everything leads to the conclusion, and then goes to the aftermath of the summit. While a unique and interesting choice by Abeckaser, it falls flat as a result. Ultimately, Mob Town is an interesting outing for a second-time director. Shedding a little light on a little-known historical event that changed how we view organized crime is always interesting and informative, it just would have been intriguing to see different choices made in its presentation.

‘Scream’: David Arquette Is Coming Back As Sheriff Dewey In Horror Sequel