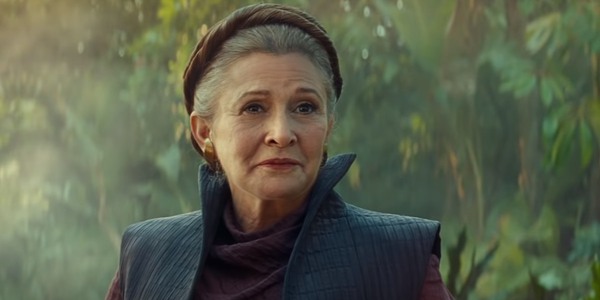 With Star Wars: The Rise of Skywalker right around the corner, we’re coming to the end of the line for characters we’ve loved for decades. Unfortunately, the untimely passing of Carrie Fisher means we’ll never get to see what the original plan for Leia might’ve been, but at least we will get Fisher back on the big screen one final time.

We’ve always known that Leia holds the potential to be the strongest of all the Skywalkers, so this direction makes total sense and would’ve been incredibly cool to see.

As for how Carrie Fisher can appear in the movie at all, Todd reveals the technical wizardry pulled off by director J.J. Abrams to make it happen…

“They had eight minutes of footage,” Fisher said. “They grabbed every frame and analyzed it… and then reverse-engineered it and [got] it into the story the right way. It’s kind of magical.”


That should be a comfort to those who worried she’d return through the use of CGI effects. As for whether her final appearance will be the payoff fans hope for, Todd Fisher has no doubts.

“This is, in its own way, a payoff. … It’s Carrie talking to us all from beyond,” he said. “The beautiful thing about the concept of the Force is that there is no real death; you just exist in another dimension. So Carrie is looking down or sideways or wherever and is still part of us. To be able to see that — it’s magical stuff only in the movies.”