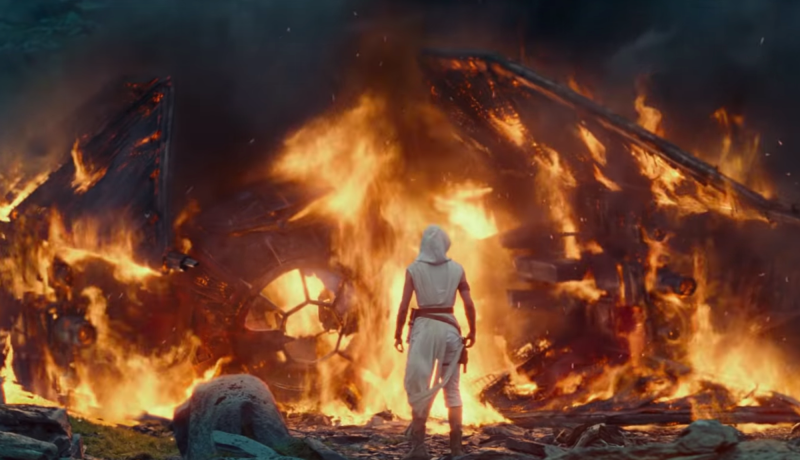 There’s a lot of new stuff to see in the latest Star Wars: The Rise of Skywalker TV spots, so if you’re one of those who wants to go in knowing as little as possible these are probably to be avoided. I’m actually at that point, too, but when one spot is titled “Duel” and features John Williams’ epic “Duel of the Fates” these from The Phantom Menace, it’s extremely tough to ignore.  You’ll also hear a lot more from the returning Palpatine, whose evil presence was absolutely necessary for wrapping up the Skywalker Saga according to director JJ Abrams.

The second spot, titled “Space Monster” does indeed include a giant creature about to swallow the Millennium Falcon. It seems like that happens a lot. Maybe another mode of transportation would be smart?

You can check out both spots below, as well as a new behind-the-scenes featurette exploring the makings of this historic movie. The Rise of Skywalker is less than a month away, opening on December 20th!