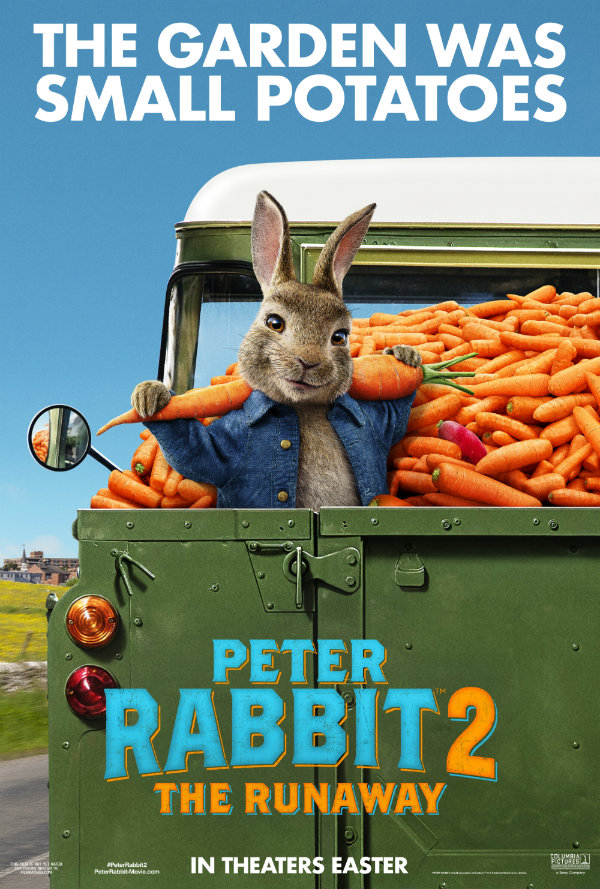 If you’re why, with all of the things Sony has going on right now, they took time to do a sequel to last year’s Peter Rabbit, I’ve got 351 million reasons why they’d be stupid not to. Peter Rabbit 2: The Runaway is a followup to the surprising hit family film and based on this trailer it’s not exactly looking to reinvent the wheel.  So prepare for more trouble-making fun from James Corden’s mischievous bunny.

Corden returns as Peter Rabbit, who means well but can’t stop himself from causing problems for those closest to him. So he decides to run away and cause headaches for a whole new bunch of people away from the farm.

Along with Corden the returning cast includes Rose Byrne and Domhnall Gleeson, with David Oyelowo aboard in one of the new human roles. Will Gluck is back to direct and co-write the script.

SYNOPSIS: In PETER RABBIT™ 2: THE RUNAWAY, the lovable rogue is back. Bea, Thomas, and the rabbits have created a makeshift family, but despite his best efforts, Peter can’t seem to shake his mischievous reputation. Adventuring out of the garden, Peter finds himself in a world where his mischief is appreciated, but when his family risks everything to come looking for him, Peter must figure out what kind of bunny he wants to be.