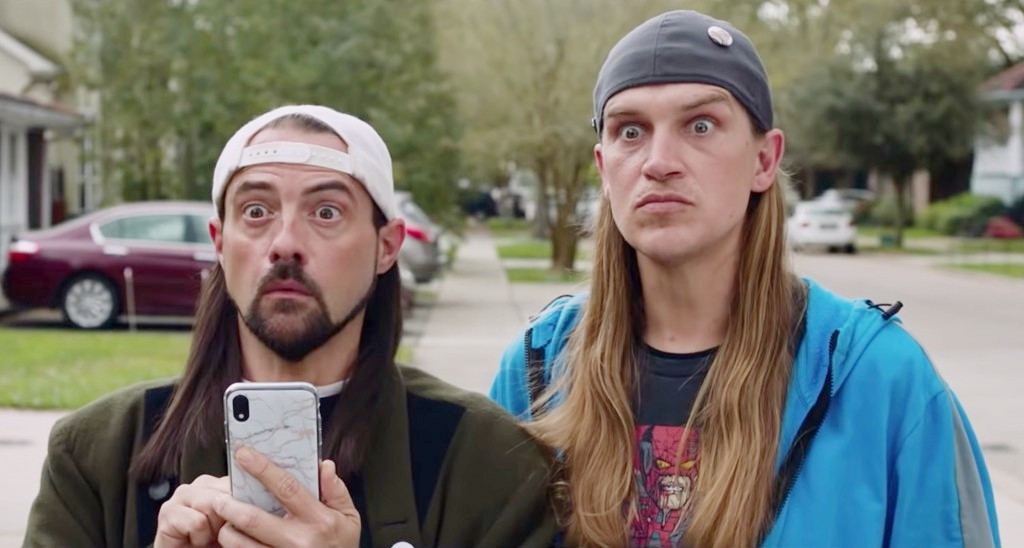 Before there was the MCU, Kevin Smith created the first cinematic universe for fanboys with the View Askewniverse. Hard to believe 25 years have passed since Clerks showed us the hilarious daily trials of a Quick Stop store clerk, launching a series of loosely (and some not-so-loosely) connected films centered around life in New Jersey. Really, they were about Smith’s life; his passions and opinions evolved over time in a way that, at least for me, often reflected things I was struggling with. The culmination of it all, for a while anyway, was 2001’s Jay and Silent Bob Strike Back. Think of it as the Avengers: Endgame of the View Askewniverse, packing loads of celebrity cameos in a wild plot to destroy that most nefarious of Hollywood offerings: the superhero movie. *gasp*

Eighteen years later and Smith is back in the oversized trenchcoat as Silent Bob, joined by Jason Mewes as his hetero lifemate Jay, for Jay and Silent Bob Reboot.  And much like Endgame, it’s a star-studded celebration of the entire history of Smith’s movies, revisiting past characters, storylines, and allowing him a chance to correct past mistakes in a way few filmmakers ever get to do. I’ll be honest; as a die-hard fan of Smith’s View Askew, this movie just needed to exist and I was going to love it. The packed house of fans at the screening I attended would definitely agree. This movie was made for us, anyway, with the inside jokes and cameos tailored for those  who will always find “Snootchie Bootchies” to be funny.

In an introductory video, Smith talked about the growth of Mewes as an actor and how he never could’ve done the things Jay and Silent Bob Reboot ask of him. He’s not wrong. When the last movie came out, Jay and Silent Bob were just a pair of stoner dopes. bumbling along on a road trip and getting swept up in a jewel heist plot. Now, they are both older, marginally wiser, and having to deal with actual adult problems. Smith was a relatively new father before, but now he’s watched his daughter become an actress in her own right; and he’s had some serious health issues to contend with. While the latter will apparently have more of an influence on the upcoming Clerks 3, fatherhood is definitely at the center of this film.

The usual Quick Stop opening is upended when Jay and Silent Bob find themselves arrested and quickly arraigned on drug charges. Hamming it up big time are Justin Long as their suspicious attorney, Craig Robinson as the judge and Joe Manganiello as bailiff. The court proceedings somehow end with Jay and Silent Bob losing the rights to their own names, due to an upcoming reboot of their Bluntman & Chronic comic book alter egos. So guess what they decide to do? Hit up Hollywood to wreck that shit. So basically it’s the same plot, with Smith taking great pleasure in ripping-yet-reinforcing the nature of reboots and remakes through a welcome appearance by the rarely-seen Jason Lee as Mallrats slacker Brodie Bruce. 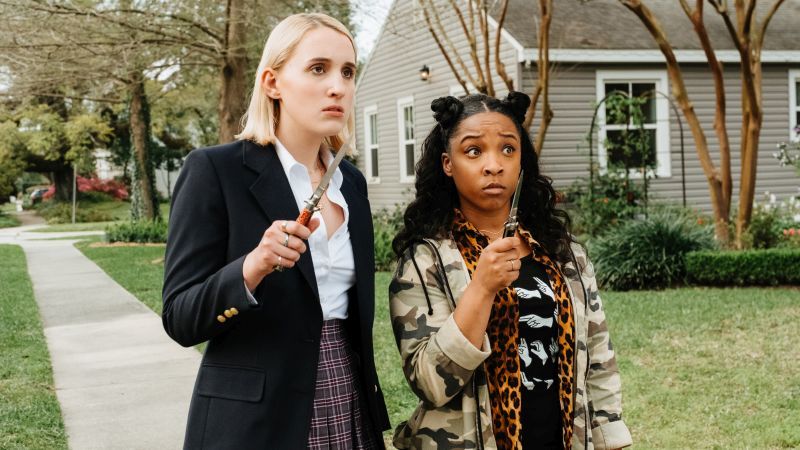 Rather than the typical goofball roadtrip antics, a chance encounter with Jay’s old flame Justice (Shannon Elizabeth) leads to more than just his dry-humping a Mooby’s fast food joint. She reveals to Jay that he fathered her rebellious 18-year-old daughter, Millennium “Milly” Faulken (played by Smith’s daughter Harley Quinn), but makes him promise not to tell. Instead, the girl and her friends (Treshelle Edmond, Aparna Brielle, and Alice Wen) force Jay and Silent Bob to drive them to Chronic-Con to fulfill one’s dream of being in the Bluntman & Chronic movie.

This puts Jay, and Mewes for that matter, in the position of showing real character development and emotional evolution. Smith has occasionally alluded to something of a troubled past for Jay, but here we see what an absence of a father-figure has truly meant for him, beyond accounting for his reckless behavior. He knows what that void feels like and doesn’t want to have that happen to Milly. But, of course, he’s still Jay and kind of an idiot, so he does and says all of the wrong things, like cluelessly insult all of her friends who have personal obstacles of their own. On occasion, he gets it right, though, and it’s wild to see Jay becoming a mentor to a daughter who is way too much like her old man. She can also teach him a thing or two about the potency of edibles.

There’s still a lot of silliness and crazy side gags to be found, including appearances by Fred Armisen as their tater tot-peddling Uber driver, and wrestling legend Chris Jericho as a Ku Klux Klan leader. Not all of the surprises work, though, and an attempt to recreate the goofy magic of the prior film’s Bluntman & Chronic showdown leaves a lot to be desired.

It would’ve been easy for Smith to simply tell the same lowbrow jokes he told years old; surely his fans would’ve loved it. But that has never been Smith’s style. As I said before, his movies have grown as he has, with Jay and Silent Bob Reboot showing how much wiser he has become. While Smith has always poked fun at himself, and continues to do so here in a meta way, he’s not shy about acknowledging mistakes of the past. It’s because of that we get what I think is one of Smith’s finest moments, bringing back his old friends Ben Affleck and Joey Lauren Adams for a perfectly sweet, sincere coda to his controversial Chasing Amy.  I don’t want to give away how he moves their story forward (I kinda want Holden and Alyssa’s story to continue on!), but Smith concedes the errors he made in writing that 1997 drama, about a heterosexual comic book writer who falls for a gay woman, from his narrow perspective.  It’s also a means for Smith to fix some of the mistakes he made that allowed for his friendships with both Affleck and Adams to hit the skids. Affleck’s appearance is truly inspired, too, as he cleverly jabs at his own career and puts a final nail in his brief run as Batman. 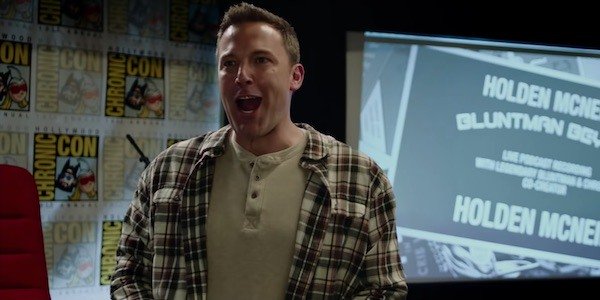 Jay and Silent Bob Reboot will eventually get a more traditional release, but for now it was only playing for a couple of nights in select theaters. The only ones who are going to go out of their way for it are Smith’s most loyal followers, and those who do will be reminded of why they fell in love with the View Askewniverse in the first place, while at the same time being shown that it can still be so much more.