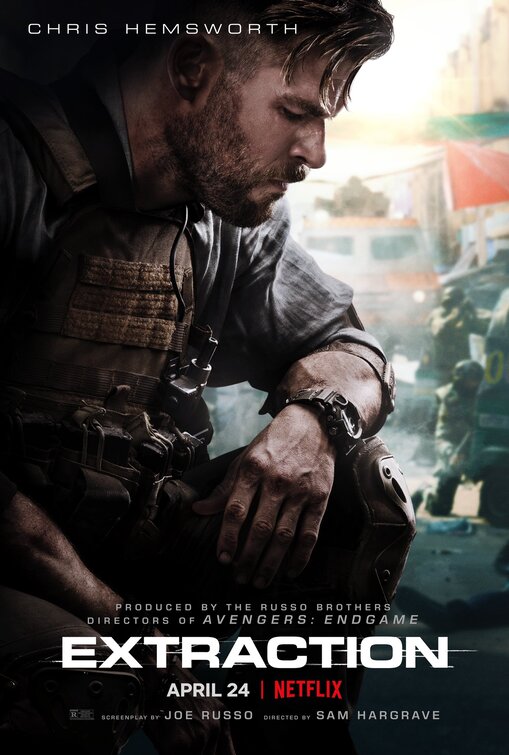 Chris Hemsworth doesn’t return to the MCU until Thor: Love & Thunder, but he’s far from done working with some of the friends he’s made at Marvel Studios. He’ll next star in the Netflix action flick Extraction, produced by the Russo Brothers and directed by Sam Hargrave, a second-unit director and stuntman on Avengers: Endgame.

A new poster puts Hemsworth front and center as a black market mercenary named Tyler Rake, who I assure you is not a Marvel villain in disguise, his name to the contrary. Here’s the synopsis:

Tyler Rake (Hemsworth) is a fearless black market mercenary with nothing left to lose when his skills are solicited to rescue the kidnapped son of an imprisoned international crime lord. But in the murky underworld of weapons dealers and drug traffickers, an already deadly mission approaches the impossible, forever altering the lives of Rake and the boy.