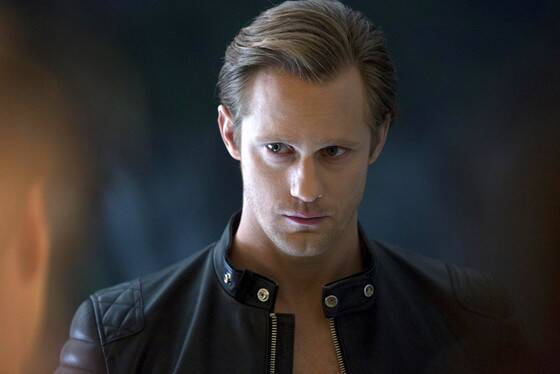 The Skarsgard boys have the lockdown on Stephen King’s most notorious villains. With Bill Skarsgard in theaters now as the evil clown Pennywise in It Chapter Two, his brother Alexander Skarsgard will play the infamous Man in Black, Randall Flagg as part of the CBS All Access adaptation of The Stand. Skarsgard’s casting is just one of a star-studded group joining the series, according to Collider.

The 10-episode series takes place in the wake of an apocalyptic plague that wiped out most of humanity. Flagg rules a lawless society that emerges and confronts the peaceful survivors who have gathered at a haven led by the benevolent Mother Abigail. The character of Randall Flag is an integral part of the King universe, having appeared as the antagonist in many of his novels. He was last seen on the big screen in The Dark Tower, played by Matthew McConaughey.  It’s another big series role for Skarsgard, who already has True Blood, The Little Drummer Girl, and Big Little Lies to his small-screen credit. He’s especially menacing in that last one, something he’ll definitely need to bring to the table as Flagg.

The Stand will be directed and co-written by Josh Boone (The Fault In Our Stars), and will debut on CBS All Access next year. The final episode will be written by King himself, who will provide an all-new ending.