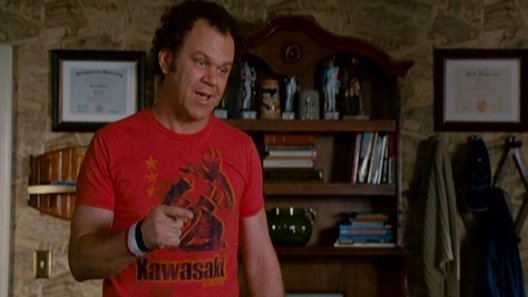 Like when the Lakers’ Michael Cooper would come off the bench with a hot hand, Adam McKay’s HBO series on the Showtime-era Los Angeles Lakers is making a key switch. And if you’re going to pull someone like Michael Shannon, having John C. Reilly as your sixth man isn’t such a bad deal.

Variety reports Reilly will replace Shannon in the untitled HBO series based on Jeff Pearlman’s book Showtime: Magic, Kareem, Riley, and the Los Angeles Lakers Dynasty of the 1980s. He’ll be taking on the role of team owner Jerry Buss in the series pilot, joining Jason Clarke as general manager Jerry West. Penned byMax Borenstein, the show would follow the glitz and glam of the ’80s-era Lakers, led by Magic Johnson, Kareem Abdul-Jabbar, Byron Scott, and others who helped lead the team to five NBA Championships.

Shannon’s exit is due to the familiar “creative differences”, although what those were is unclear. Maybe Shannon prefers the Bryant/Shaq Lakers?

Reilly and McKay have quite a history, having worked together on beloved comedies Talladega Nights and Step Brothers.

Filming begins soon, and if all goes well expect HBO to pick it up for the long haul.