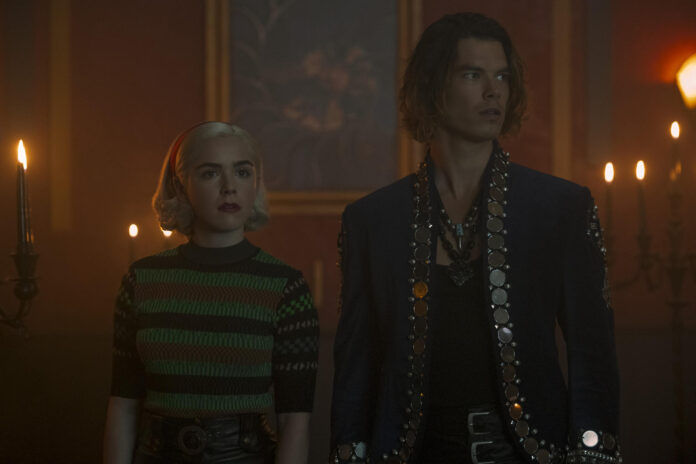 It’s time to say goodbye to Chilling Adventures of Sabrina. With the arrival of the fourth and final part, Kiernan Shipka’s titular teenage witch enters battle against the forces of evil, while also trying not to become evil herself. A tough thing to do when you’re the daughter of Satan, and all that. Plus, there are boys, and the evil ones are always the hottest ones.

In Part 4, Sabrina and her coven take on the Eldritch Terrors, an ancient evil that threatens to destroy all of Greendale. Not only that, but Sabrina’s love, Nick, is ready to make a heroic comeback. But will it be too late to win her back into his life?

Chilling Adventures of Sabrina reimagines the origin and adventures of Sabrina the Teenage Witch as a dark coming-of-age story that traffics in horror, the occult, and, of course, witchcraft. Over the course of Part 4’s eight episodes, The Eldritch Terrors will descend upon Greendale. The coven must fight each terrifying threat one-by-one (The Weird, The Returned, The Darkness, to name a few), all leading up to…The Void, which is the End of All Things. As the witches wage war, with the help of The Fright Club, Nick begins to slowly earn his way back into Sabrina’s heart, but will it be too late?