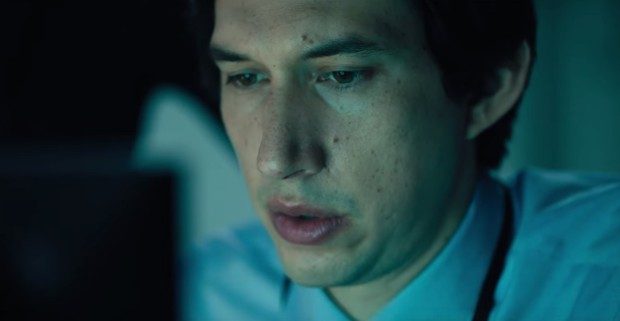 There were just two movies that I came out of Sundance thinking were special enough to be Oscar contenders at the end of the year. One was Lulu Wang’s The Farewell, and we’ve seen how well that was received earlier this summer. The other was Scott Z. Burns’ political drama The Report, which stars Adam Driver in perhaps his finest role yet as a man who took on the CIA’s torture program.

The film is, in a way, an extension of what we saw in Adam McKay’s Vice, in that it fleshes out the extent Vice President Dick Cheney went to extract information to create the case for war post-9/11. The Report stars Driver as Daniel Jones, a real-life Senate staffer tasked with investigating the CIA’s brutal “enhanced interrogation” program. His results exposed the immorality and corruption within the Bush Administration as they built a phony case for war in Iraq.

SYNOPSIS: Senate staffer Daniel Jones (Adam Driver) is assigned the daunting task of leading an investigation into the CIA’s Detention and Interrogation Program. After analyzing extensive evidence, he learns about the “enhanced interrogation techniques”—proven to be brutal, immoral, and ineffective—that the CIA adopted after 9/11. When Jones and the Senate Intelligence Committee attempt to release the results from his investigation, however, the CIA and White House go to great lengths to prevent the truth from getting out.


Amazon Studios picked up the film during Sundance and have now given it a November 15th release in theaters, followed by November 30th on Amazon Prime. I have to admit doubting whether audiences want to spend a couple of hours being reminded of another barbaric administration that destroyed everything this country stands for, but dammit, I hope they give it  a shot. 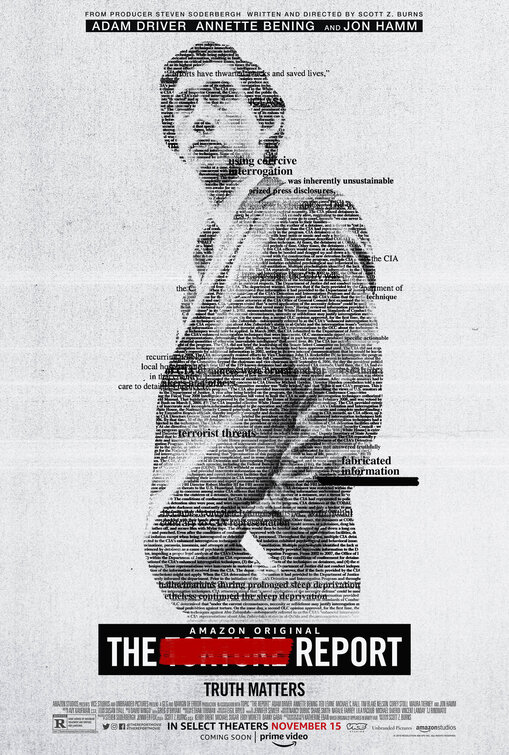