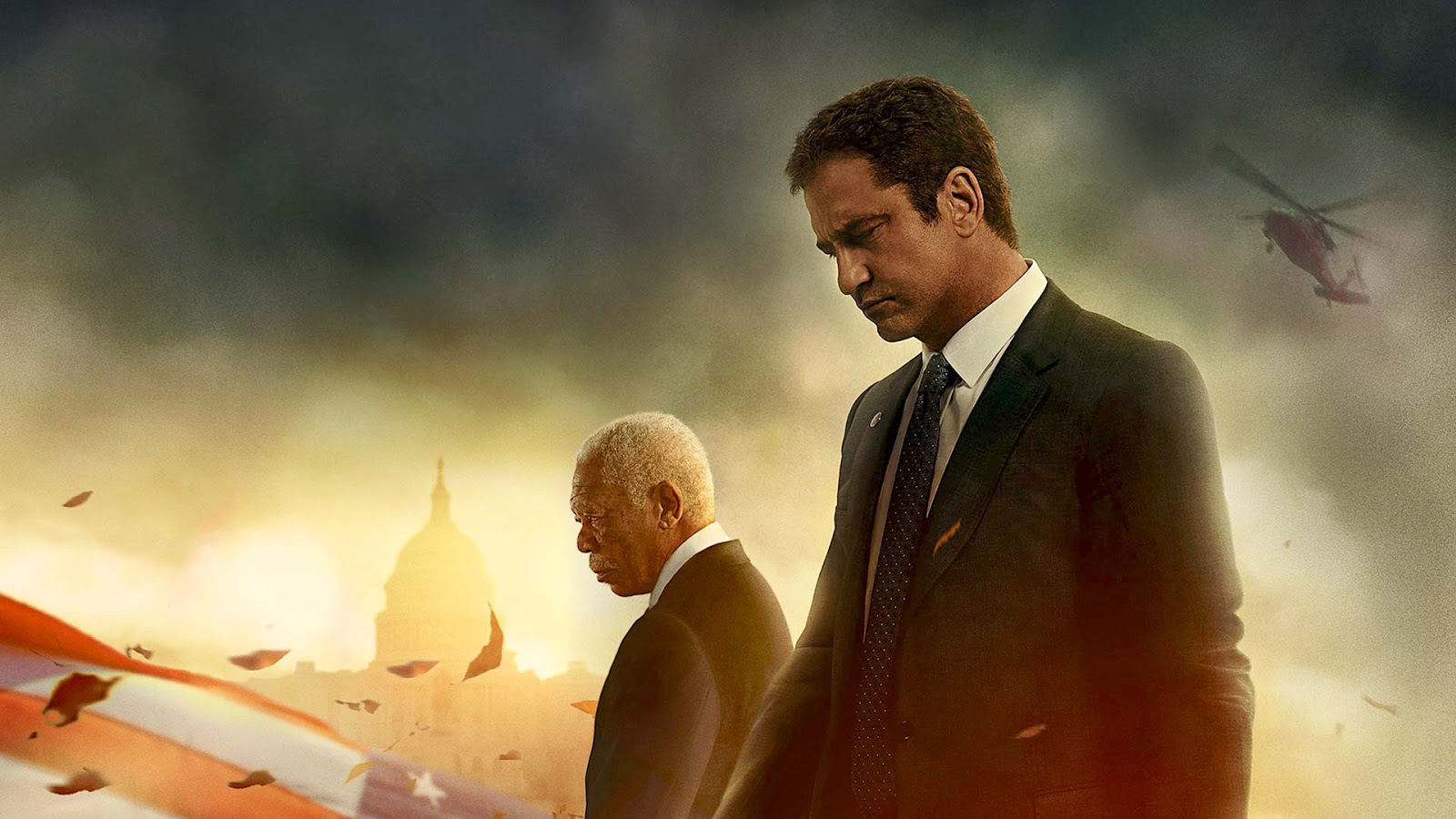 I must admit to having a soft spot for the ‘Has Fallen’ movies. They are ridiculously absurd, knuckle-headed action movies with a generic tough-guy lead, basically the kind of flicks I grew up on and I get a ping of nostalgia every time. The first one, Olympus Has Fallen, had the misfortune of coming out around the same time as carbon copy White House Down, with both turning out pretty good. The second, London Has Fallen, is average in every way other than Gerard Butler’s unwavering commitment to the role of indestructible Secret Service dude Mike Banning. And now the franchise comes to an end (???) with Angel Has Fallen, which is not only the best movie in the series, it’s only marginally as unbelievable as the others. I kinda want these movies to continue. Is that crazy?

Before you ask, no, this movie doesn’t take place in the fictional town of “Angel”.  The title refers to the codename given to the head of Secret Service, a role Banning is offered just in time for President Allan Trumbull (Morgan Freeman, who keeps on comin’ back for more) to be the target of an assassination attempt via enough armed drones to put Spider-Man: Far from Home to shame. Banning, being the loyal and patriotic guy that he is, sacrifices himself to get the Prez to safety, only to wake up from unconsciousness handcuffed to a hospital bed and accused of attempting to kill the man he just saved. How does that happen? Because law enforcement, in this case the FBI (led by a very bored-looking Jada Pinkett Smith) must be portrayed as dumbasses always one step behind.  It’s standard.

Of course, it isn’t long before Banning breaks free of his bonds and turns fugitive, willing to kill anything in his path to clear his name. Meanwhile, you can spot the bad guys a mile away by the mere presence of perennial villains Danny Huston, as one of Banning’s ex-military buddies now a failed business owner, and Tim Blake Nelson as the scheming Vice President who takes aggressive advantage of the President being out-of-action. The movie isn’t the least bit subtle, nor is the casting. You don’t bring those guys in other than to be who we know they’re going to be.

But then, these movies aren’t known for being particularly complex. Banning is an aging gladiator who has only one way of handling any situation, and that’s to kill it or beat it into submission. However, Angel Has Fallen scores some points by acknowledging this fact about Banning and building a story around it. Banning is feeling the effects of saving the world a couple of times in the last few years. He’s got insomnia, headaches, blurry vision, and a bad back. He’s popping pills every five minutes just to stay upright. It gets so bad while on the run that he turns to his wacko survivalist father Clay Banning, played by Nick Nolte (!!!), just to lay low for a while. Not that there are many lulls in the film, but the moment Nolte shows up, looking like he’s been crossbred with a grizzly bear and Mark Boone Junior, it goes off the grid crazy in the best way possible. Clay is a total nut and his presence lightens up the tone considerably, especially when you see the joy he has in taking out a squad of mercenaries who carelessly step into his fiery killzone.  Both of these guys need some serious therapy for PTSD, and thankfully, the movie’s writers don’t make it seem like the wimpy thing to do in asking for help.

Behind the camera is Ric Roman Waugh, a director who has proven a steady hand in better-than-expected crime movies such as Felon, Snitch, and Shot Caller. He’s not the flashiest filmmaker but he’s a damn sight better than the last guy and knows how to put together action sequences that are exciting and make sense.  You’re not going to find many surprises here, and sometimes that’s perfectly okay. At this point, you have to know what you’re in for. Angel Has Fallen is a lot like its star, which is why Butler is so right for it. It’s not going to win any style points, and the rough exterior is a big part of the charm, but if you just want to watch a flag-waving guy with serious anger issues save the country from terrorists, Angel Has Fallen‘s  got you covered.