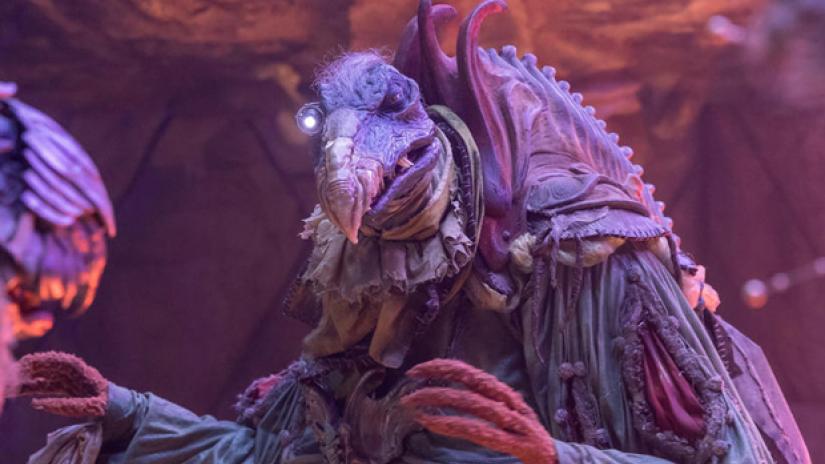 The ’80s were particularly rich with epic fantasy tales with a mature edge, such as Willow, Labyrinth, The Neverending Story, and Legend. Fitting somewhere in there was Jim Henson’s cult classic The Dark Crystal, which gets remembered mainly for being this dark outlier to Henson’s comical Muppets. I remember watching it at the young age of seven and never fully understanding what it was about. Catching up with it years later, the blandness of its vaguely Star Wars-esque story of good vs. evil remained, even if the visuals and promisingly rich mythology stood out.

Nearly four decades later, The Dark Crystal has been supersized in Netflix’s 10-episode prequel, Age of Resistance. As before, the technical wizardry is what grips you with questions, primarily “How in the world did they achieve that with just a bunch of puppets?” The world of Thra is a vast cornucopia of colors and lush landscapes; underground caves glimmer blue with the planet’s life-giving energies, forests both beautiful and dangerous tempt all who enter them, and tiny ramshackle villages loom in the shadows of towering kingdoms. That it feels a lot like a poor man’s Lord of the Rings is somewhat unavoidable, but when Age of Resistance gets under its little puppet feet, there’s nothing else you can binge that’s quite like it. 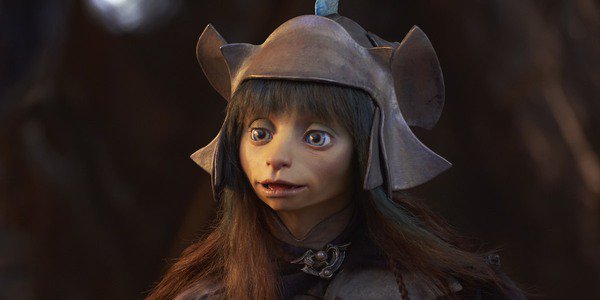 The premiere episode I caught a couple of months ago at Comic-Con, and I went into it with no particular fondness for the original movie. It’s very much an introduction which establishes the temporarily harmonious dynamic between the hobbit-esque Gelflings and their masters, the Skeksis. A dense explanation of the Skeksis arrival on Thra threatens to bog you down in too many details, and the meandering pace is something the 10-episode series clings to selfishly. But in that wealth of information is the setup for an epic adventure of brave heroes, magic, and wonder, enough to possibly springboard into an ongoing series if Netflix so chooses.

A self-serving action committed by the Skeksis places all of Thra in danger, and merges the destinies of inquisitive Gelfling princess Brea (Anya Taylor-Joy), the courageous-but-disgraced soldier Rian (Taron Egerton), and the spiritual cave-dwelling Deet (Nathalie Emmanuel). They’ve been chosen for a quest that seems too big for their diminutive stature, and that they might never return from. 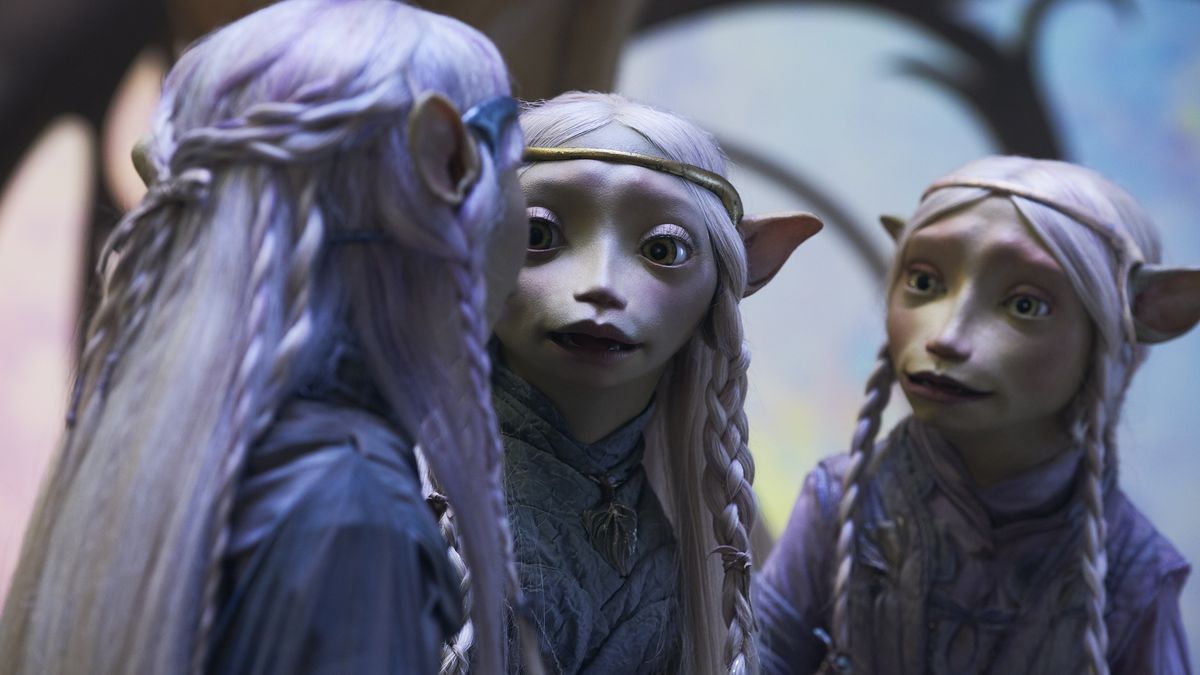 The Dark Crystal had the distinction of being a puppet movie that really wasn’t for the kiddies. You could almost make the same case for Age of Resistance. Battles aren’t especially violent but there are grim tidings throughout, and many characters fall in terrible, unspeakable ways. The Skeksis are the purveyors of most of this, and they are as ugly on the outside as they are on the inside. Henson’s original vision for the reptilian creatures is fleshed out in ways that make the creatures even more horrific: bubbling pustules, oozes of bodily fluids, and other disgusting features that make it inescapable their true nature. Which only makes you wonder how the Gelflings live under their rule for so long. Naïveté can credibly only stretch so far. When the Skeksis discover a cruel new way to deploy the powers of the dark crystal, namely to drain the life force of Gelflings to rejuvenate themselves, it causes a blight that threatens all of Thra. An inordinate amount of time is spent marshalling forces for rebellion, and diversions by a multitude of randomly powerful beings make the case for a leaner season.

Early episodes delve into the palace intrigue and political hierarchy within the Gelflings and Skeksis, with the latter proving to be most interesting. Gaggling like mad royals summoned to court, the voicework given to the villains is impeccable and ingenious. Mark Hamill’s Joker impression comes in quite handy, as well does a sniveling Simon Pegg, and Cersei Lannister herself Lena Headey bringing a vile aristocracy to her performance.  They stand out far better than the Gelflings in just about every way. Nothing against Egerton, Emmanuel, or Taylor-Joy but their characters don’t come to life the way the Skeksis do, seeing as the villains are mostly portrayed as cartoonishly evil, which makes them fun. It’s also difficult to tell one Gelfling apart from the others due to the sameness of their appearance and lifeless eyes. So much rich character is poured into the practical effects of Thra that you can easily forgive shortcomings elsewhere. A tactile, living world full of creatures great and small will leave you breathless and eager to keep watching. There’s always something new that catches the eye. Thra has never looked quite so good.

Directed in full by The Transporter and Now You See Me‘s Louis Leterrier, and overseen by Lisa Henson, The Dark Crystal: Age of Resistance will scratch the itch of those who grew up on the works of Lucas, Tolkein, and C.S. Lewis. You never quite forget that you’re watching puppets, but it only highlights the incredible amount of work that went into it. I went in skeptical, but am now beginning to see what all of the fuss has been about from The Dark Crystal‘s most loyal fans.