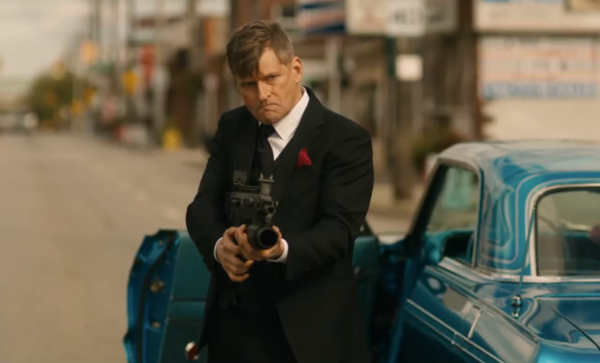 Once a close collaborator with Quentin Tarantino, Oscar-winner Roger Avary (co-writer on Pulp Fiction) hasn’t directed a movie since 2002’s underrated The Rules of Attraction. He’s written films such as Beowulf and Silent Hill since then, but has largely been removed from the Hollywood scene for reasons not worth getting into. But now he’s back and behind the camera for Lucky Day, a crime thriller led by Crispin Glover, Luke Bracey, and Nina Dobrev.

Bracey plays Red, a safe-cracker recently released from prison with a plan of going straight and being there for his wife and daughter. But those best laid plans go south with the arrival of psychotic French hitman Luc (Glover), who wants revenge for the death of his brother. The film also stars the ubiquitous Clifton Collins Jr., Clé Bennett, and Ella Ryan Quinn.

You can see Avary’s fast-paced, bullet-riddled style that was so popular in the ’90s hasn’t changed all that much, which could make this a fun throwback of a film.