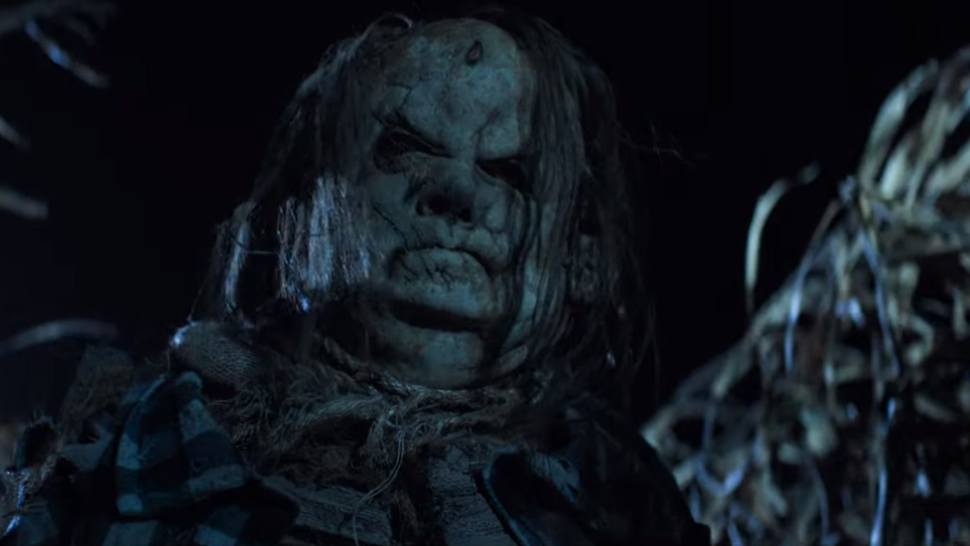 Scary Stories To Tell In The Dark, a collection of short stories by
Alvin Schwartz that many of us read as children, is the newest book to film adaptation to
grace our screens. October 31st, 1968 was going to be a quiet night
for Stella (Zoe Margaret Colletti) in Mill Valley, her small Pennsylvanian
hometown. After a little prodding, Stella is instead roped into some mischief by
her two best friends Auggie (Gabriel Rush) and Chuck (Austin Zajur). The three
of them have been bullied by the most stereotypical jock possible, Tommy
(Austin Abrams) and his goons, and decide it is time to strike back. Of course, their plan gets out of hand and they find themselves hiding in Ramón’s (Michael
Garza) car. None of them know Ramón, but it looks like they have all become
friends at first sight and their wolfpack of three has instantly become a
wolfpack of four. Their adventures continue to the old Bellow’s family mansion,
which is rumored to be haunted. The Bellows were said to have locked away one
of their children, Sarah, and subjected her to a life of solitude and abuse. Sarah
found solace through writing a collection of scary stories in a book. It doesn’t take long for Stella to stumble upon Sarah’s
hidden bedroom deep within the foundation of the house and her book of stories,
almost as if someone – or something – wanted her to find it. Stella peruses
some stories in the book and decides to take it home with her, a completely
reasonable idea that could have no negative consequence in the slightest. Almost
immediately, Stella notices a new story in the back of the book – a story that is
centered around good ole neighborhood bully Tommy. As one could guess, the
story does not have a happy ending. When Tommy isn’t at school and seemingly
disappears, Stella’s Spidey sense begins tingling. Stella has had enough of the
book and promptly goes back to the Bellow’s mansion to put it back where she
found it. Of course things can never be that easy and the book magically
reappears in her bedroom, and to Stella’s horror a new story begins to write
itself out on the page in front of her – this time focusing on someone much
closer to her than Tommy. 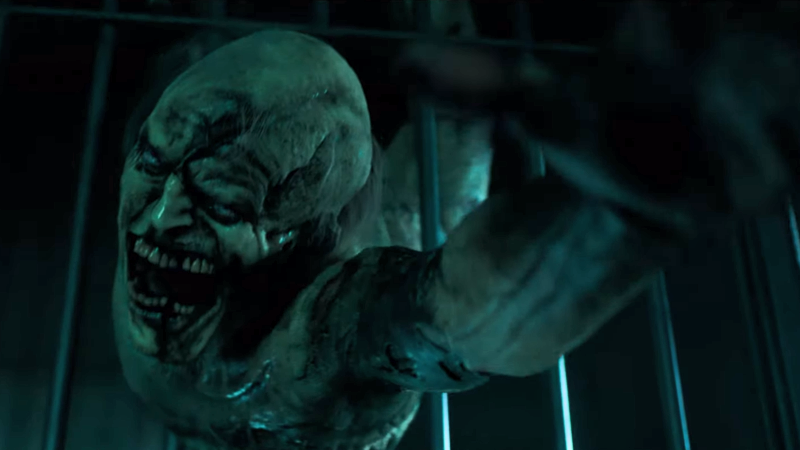 Scary Stories To Tell In The
Dark doesn’t truly establish what it is and what it is going for. It never
fully commits to being a scary movie, or a comedy – at times it felt like it
was directed at a younger audience, and at moments clearly an older one. It
seemed to be floating in movie purgatory with no real genre attached and no
clear direction and this lack of vision and focus ultimately made the film
suffer. Director André Øvredal fails to establish a sense of dread within the
film – that ominous and uneasy feeling where the audience knows terror can
strike at any moment. Instead we are left with a few cheap jump scares, a
couple decent monsters, and one awful one that really made me think that Scary
Stories To Tell In The Dark has to be a comedy. Schwartz’s novel provided a
solid foundation for Øvredal and a humongous writing team composed of Guillermo
del Toro, Dan and Kevin Hageman, Marcus Dunstan, and Patrick Melton to work
from – however Scary Stories To Tell In The Dark is not able to
capitalize on it. The premise is interesting, but the film falls well short of
what it could have been. At its best Scary Stories To Tell In The Dark is
a poor man’s Final Destination, and at its worst it is…bad. Don’t be in
a rush to catch this one in theaters, but the good news is whether you watch Scary
Stories To Tell In The Dark or you happen to skip it entirely, you’ll still
be able to sleep soundly at night.
Rating: 2 out of 5