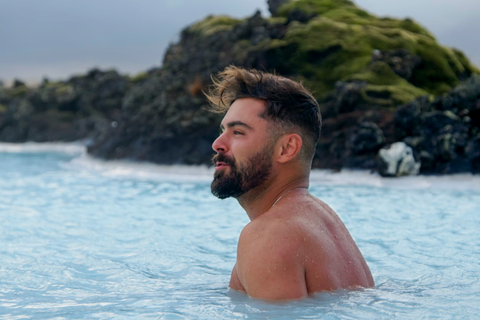 Be honest; how many women on your timeline have melted into puddles at the sight of a fully-bearded, lumberjacked Zac Efron on his Netflix series, Down to Earth with Zac Efron? All of them? Then you and I are in the same boat. Well, Efron might have to tone down the grizzly man hotness a notch and get back into Disney shape, because he’s going to be starring in their remake of Three Men and a Baby.

THR reports Efron will star in the remake of 1987’s Three Men and a Baby, which is being set up for Disney+. Will Reichel, who wrote the 2018 Steve Coogan film Hot Air, penned the script.

The original movie starred Steve Guttenberg, Tom Selleck, and Ted Danson as three New York bachelors who find their lives turned upside down by an infant child they must care for. Leonard Nimoy was behind the camera, believe it or not.  The film was a gigantic hit, earning $240M and leading to the 1990 sequel Three Men and a Little Lady, which made only $71M.

It’s worth noting that a sequel had been planned more than a decade ago, titled Three Men and a Bride. While a script was said to be completed, nothing ever happened with the movie and probably never will.

A director has yet to be named, but with Efron back in the Disney fold it shouldn’t take long to find one. Efron has spent his post-High School Musical years taking on edgier roles that don’t conform to the Mouse House’s wholesome standards. He played serial killer Ted Bundy in Extremely Wicked, Shockingly Evil and Vile, and most recently appeared in Harmony Korine’s stoner comedy The Beach Bum.

Come to think of it, Efron’s new Dad bod kinda makes him perfect for this.