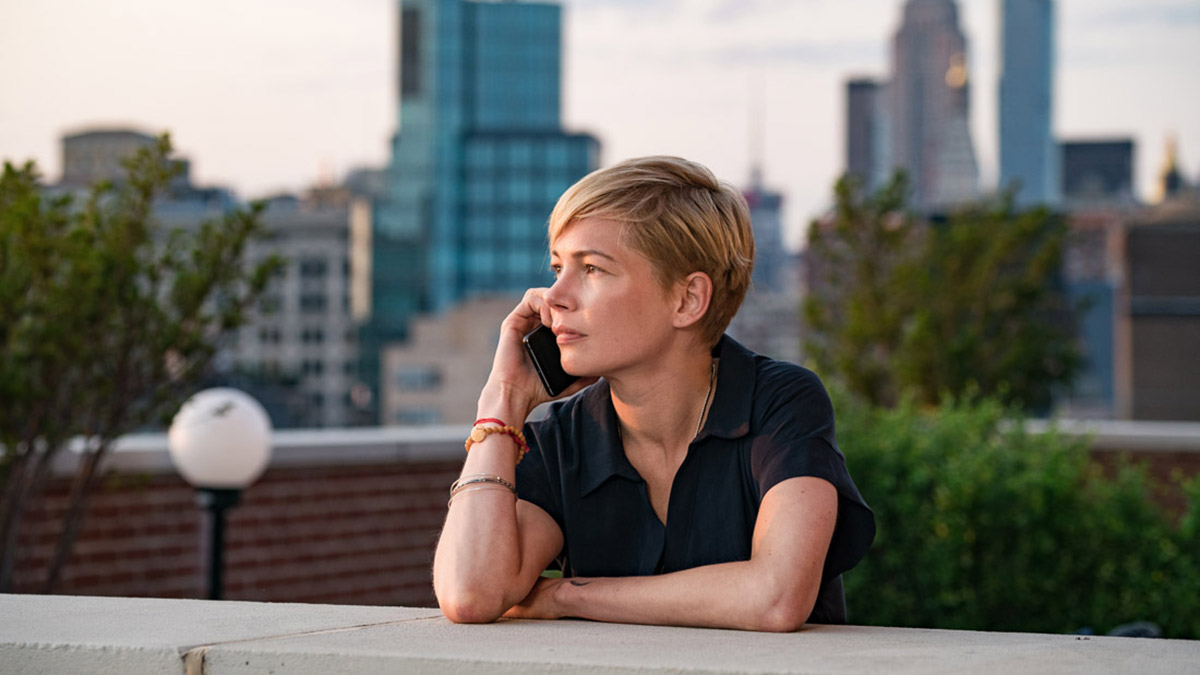 Note: This is a reprint of my review from the 2019 Sundance Film Festival. After the Wedding opens on Aug. 9th.*

The question that plagues any remake is, “Is this really necessary?”  In most cases, the answer is no. If the original movie was great it should stand on its own and against the test of time. Who needs another one that may lack that same special ingredient? Susanne Bier’s 2006 Oscar winner After the Wedding does not need an Americanized remake, and director Bart Freundlich is hardly the most inspiring filmmaker to do it, much less a gender-swapped take on such a complicated story of high emotional stakes.

And yet, the decision to swap the major roles from male to female has yielded unexpected rewards. Starring Freundlich’s wife, Oscar winner Julianne Moore, Michelle Williams, and Billy Crudup, this intricate love triangle (of sorts) mirrors in nearly every way the highs and lows of Bier’s, including its melodramatic tendencies. But the gender switch allows for an examination of motherhood that makes familiar twists and turns feel fresh, aided by a number of powerful performances. 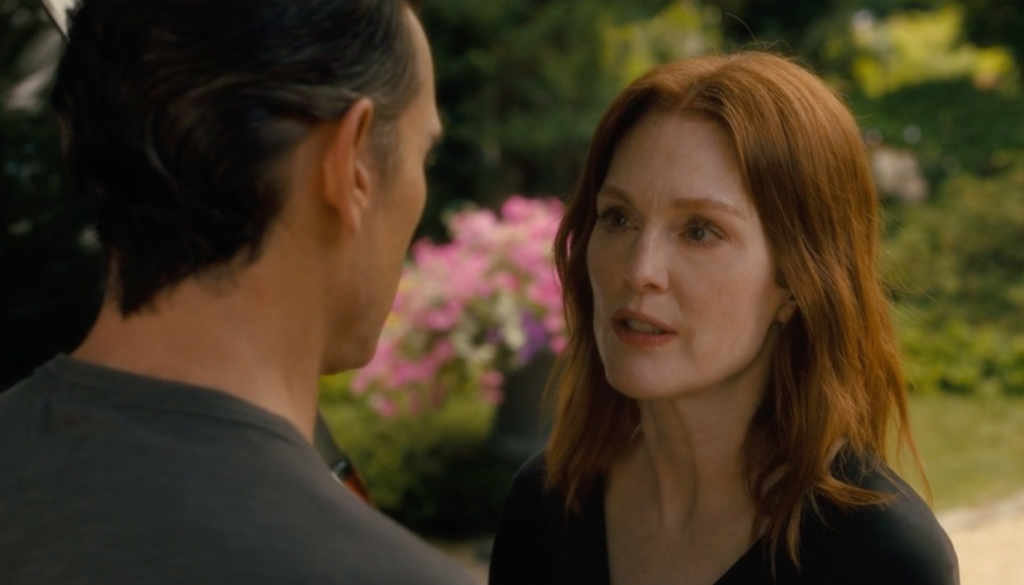 A sweeping vista of India introduces us to Isabel (Williams, in the role originated by a towering Mads Mikkelsen), a simple woman who runs an orphanage in desperate need of financial aid. While she seems pretty low-key and reserved, Isabel’s anger flares when the subject of money comes up, and the need to get it from wealthy donors. One of them is offering a hefty sum, but only if Isabel flies out to New York to plead her orphanage’s case. The woman making that offer, and crooning loudly in her SUV to Lady Gaga, is Theresa (Moore), a multimedia mogul married to Oscar (Crudup), a famous sculptor; and caring mother to twin boys and a soon-to-be married daughter (Abby Quinn).  The differences between Isabel and Theresa couldn’t be greater, and their initial meeting is hasty and somewhat confrontational. Isabel resents having to be there to basically beg for help, while Theresa seems to have a different agenda. She demands Isabel stay in New York for a few more days, then later for the arrangement to be permanent.

A series of calculated reveals make for a continually intriguing first hour, as the true nature of Theresa’s actions become clear.  It isn’t as simple as Isabel and Oscar sharing a history, but goes much deeper than that, which is where the decision to change the lead characters from male to female really shines, allowing for an interesting examination of motherhood in all of its various forms. But it’s hardly the only deep secret that comes to the surface, with each changing the power dynamic in ways both subtle and profound. Isabel, always on edge in an unfamiliar setting, constantly questions Theresa’s motivations for offering the money then seeming to withhold it. Theresa is indeed dangling something of far greater significance than cash, while keeping other secrets that have her on an emotional roller coaster. One minute she looks to be the willing philanthropist, the next she’s drunkenly attacking everyone in sight. 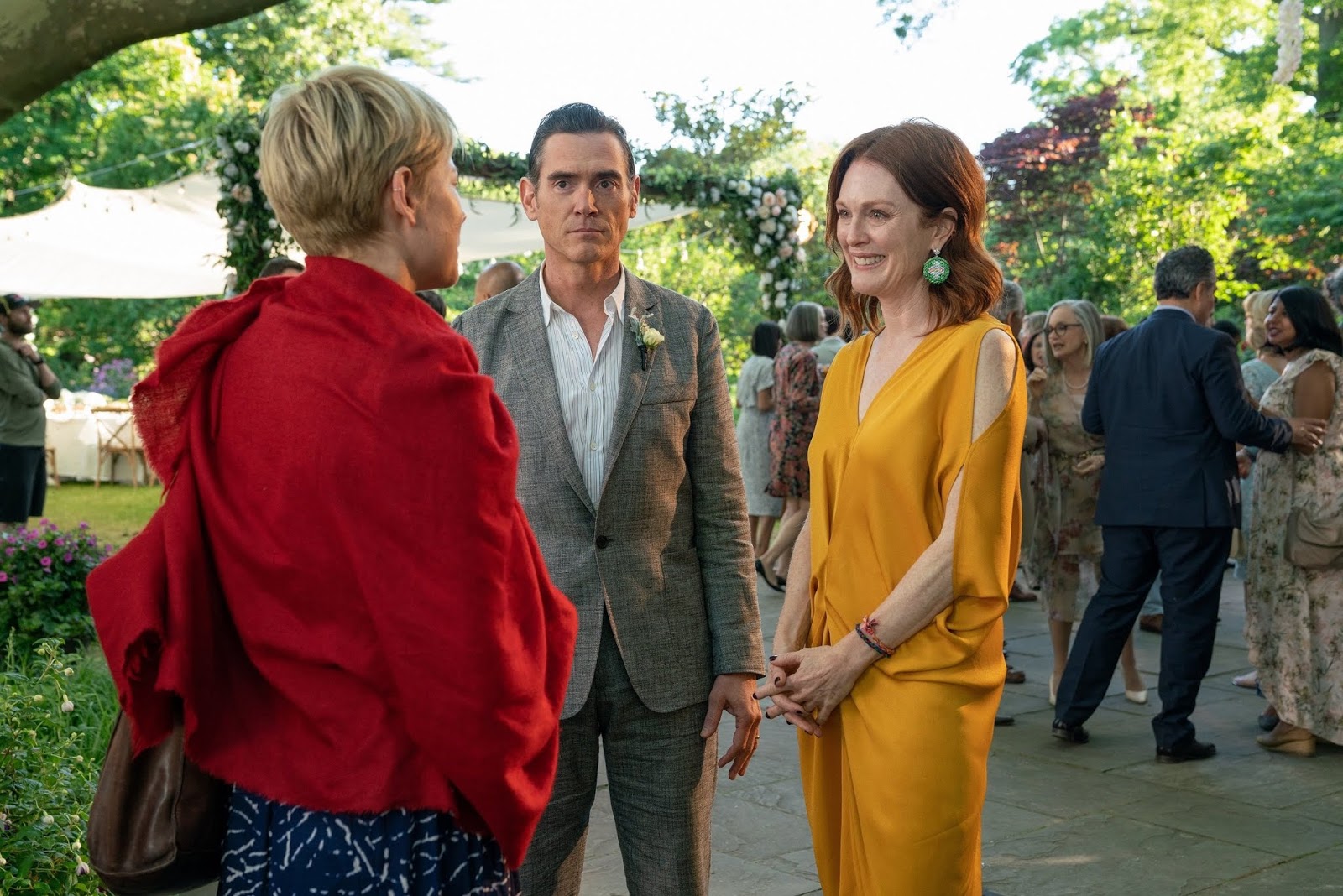 Freundlich still isn’t the most inspiring filmmaker but he knows to give his actors ample room to perform. Williams continues to be somewhat aloof, but it works for her in this case as Isabel has reason to be on her guard. As internalized as Williams’ performance is, Moore’s is twice as expressive and at times volcanic, with Crudup shining as the conflicted Oscar.  And proving once again that her breakout turn in Landline was no fluke, Quinn is terrific in depicting a confused young woman whose life has unexpectedly been thrown into upheaval. Bier’s film descends into sobbing melodrama but not quite to the level of Freundlich’s remake, which does eventually lose control of the careful intricacies it had spent so much time crafting. After a while, there’s just one twist too many and it gets a little ridiculous.

The biggest shock to me is how this take on After the Wedding does stand on its own. You can love Bier’s film and love this one, as well, for very different reasons and it seems to me that’s how a remake should work.