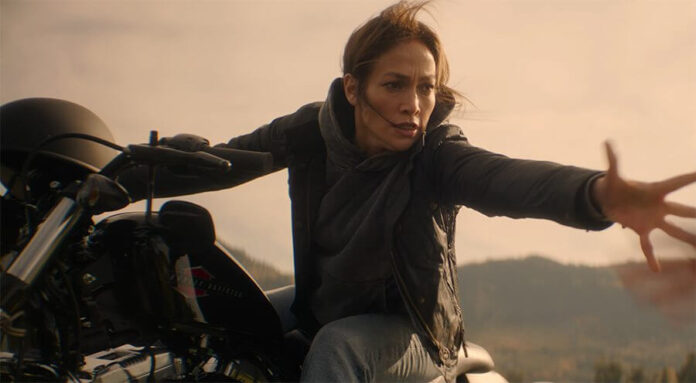 We know Jennifer Lopez as both a mother and a badass but her latest project is about to combine the two. Netflix released its first look at The Mother in honor of its fan event, Tudum.

Lopez starts the trailer out strong, doing pull-ups off a secluded cabin in a sports bra in the snow. We quickly learn of her former military history and her current status as a hired gun. “You saw what was out there,” she tells her daughter. “It’s gonna keep coming. If there’s trouble come find me.” The official synopsis for The Mother reads “While fleeing from dangerous assailants, an ex-assassin comes out of hiding to protect the estranged daughter she left earlier in her life.”

Niki Caro, known for Whale Rider, North Country, and live-action Mulan, will direct the script from Misha Green, Andrea Berloff, and Peter Craig. A disfigured Joseph Fiennes (The Handmaid’s Tale) can be seen in the teaser. Omari Hardwick, Gael García Bernal, and Paul Raci (The Sound of Metal) are also supposed to star.