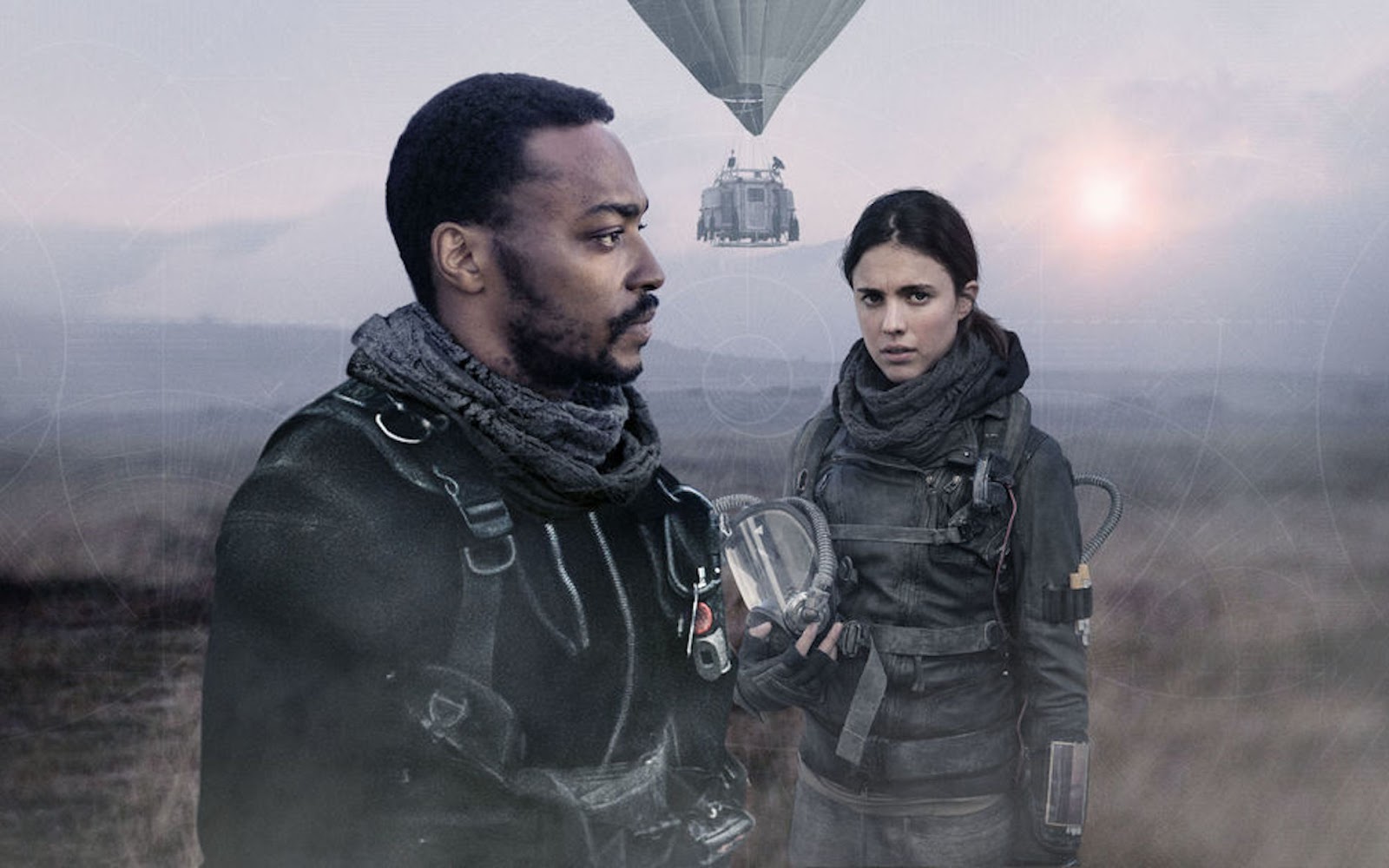 Netflix is really cornering the market on post-apocalyptic sci-fi, and the latest is IO, which stars the intriguing duo of Anthony Mackie and The Leftovers’ Margaret Qualley. Originally it was Elle Fanning and Diego Luna as the central duo, and while that would’ve had more star power, I find the combination it ended up with could lead to a better movie.

Directed by Jonathan Helpert, the film centers on the last two humans on Earth after everyone else has fled to a colony on Jupiter’s moon, Io.  Qualley plays a scientist who has dedicated her life to finding a way for humanity to survive on a toxic Earth, while Mackie plays a man who answers her SOS to other survivors. While he plans to take the final transport to Io, she must decide whether to join him and start over, or stay and continue her fight to save the planet.

Honestly, this looks pretty bland other than the casting of Mackie and Qualley.  Mackie is always a welcome presence, especially in a lead role, and Qualley has been doing great work since leaving The Leftovers. She has been great in everything including The Nice Guys and Novitiate.