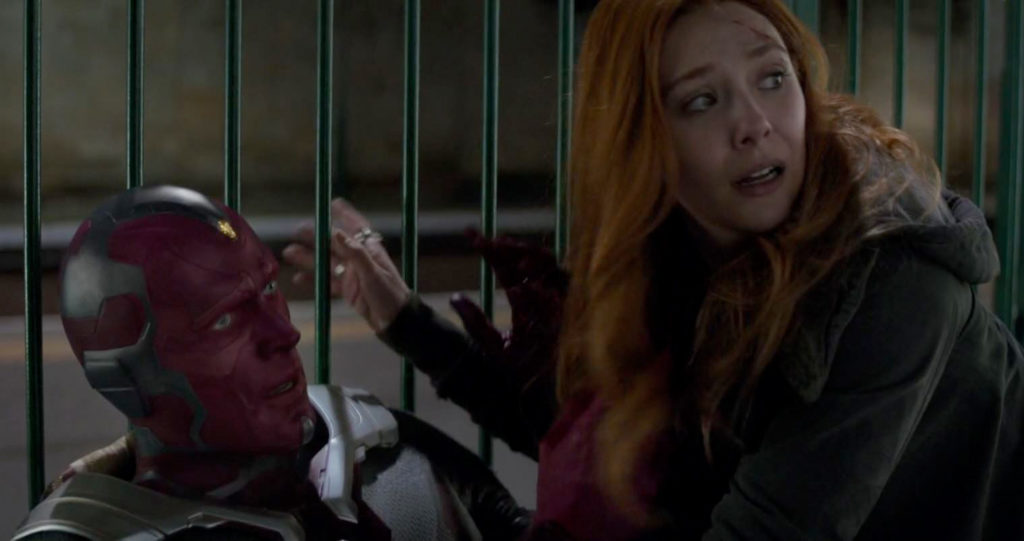 Disney is ramping up on the Marvel shows that will be part of the Disney+ launch later this year. Of the handful we’ve already heard of, one starring Tom Hiddleston as Loki and another with Anthony Mackie and Sebastian Stan in a Falcon/Bucky buddy comedy, it’s Vision and Scarlet whose limited series has just taken the biggest step forward. THR says that Captain Marvel writer Jac Schaeffer has been hired as showrunner.

Schaeffer is becoming a favorite over at the Marvel Studios bullpen. Not only did she pen the Captain Marvel screenplay, but she will write the upcoming Black Widow movie starring Scarlett Johansson.

Vision and Scarlet Witch will reunite Paul Bettany and Elizabeth Olsen as the oddball romantic couple, him a sentient android and her a mutant sorceress. It’s unclear whether the story’s events take place before or after Vision’s apparent demise in Avengers: Infinity War. It’s possible the series leads to the birth of their kids, Wiccan and Speed, who are members of the Young Avengers in the comics.