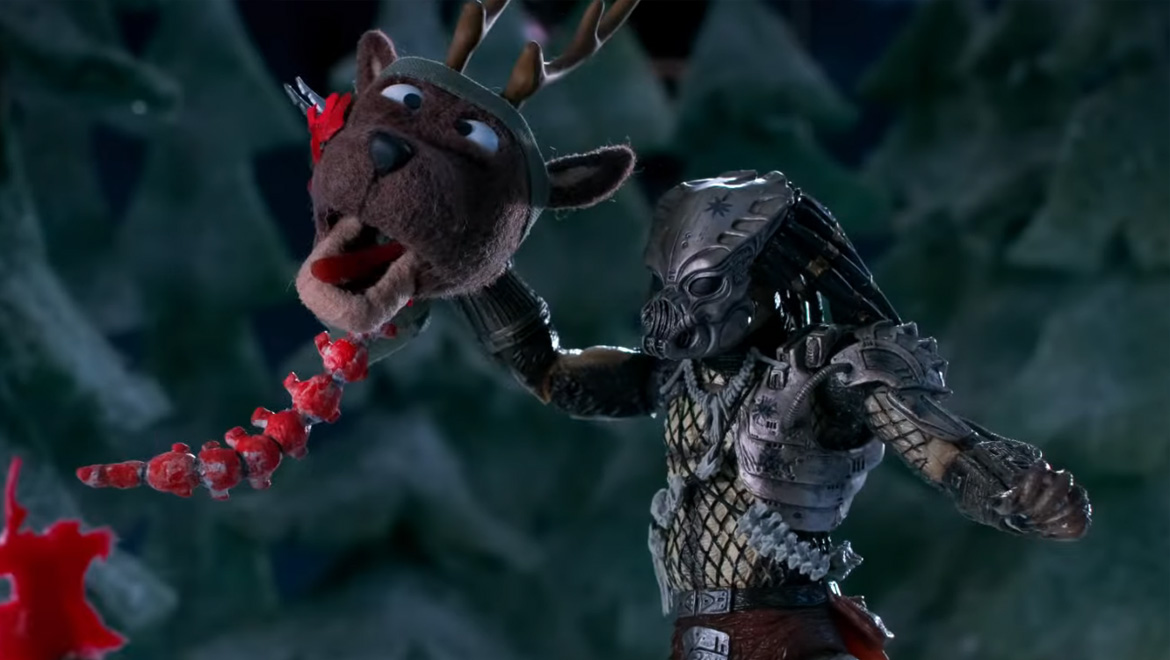 The headline pretty much says it all, right? I was actually a pretty big fan of Shane Black’s The Predator, at least more than most critics. But even I can acknowledge that it doesn’t come close to the original movie, lacking the iconic moments and fun that it had. Apparently, audiences agreed because it didn’t do jack at the box office, at least not domestically. However, it led us to The Predator Holiday Special so that makes it all worth it.

We showed you a brief trailer for the 2-minute short film a few days ago, featuring a gory scene with the Predator blowing a bloody hole into one of Santa’s reindeer. That’s just the start, as the full movie shows him cutting a path through them in ways that will be very familiar to fans of the 1987 Predator movie. And just wait until you see Santa and one of his reindeer sharing a classic Schwarzenegger/Weathers moment. All of this is done in stop-motion style reminiscent of the Rudolph the Red-Nosed Reindeer special we watched as kids.

It’s pretty much a must-watch, unless you’re averse to seeing one of Santa’s beloved reindeer skinned alive.

First Look At ‘Soul’ Prequel ’22 Vs. Earth’ Coming To Disney+