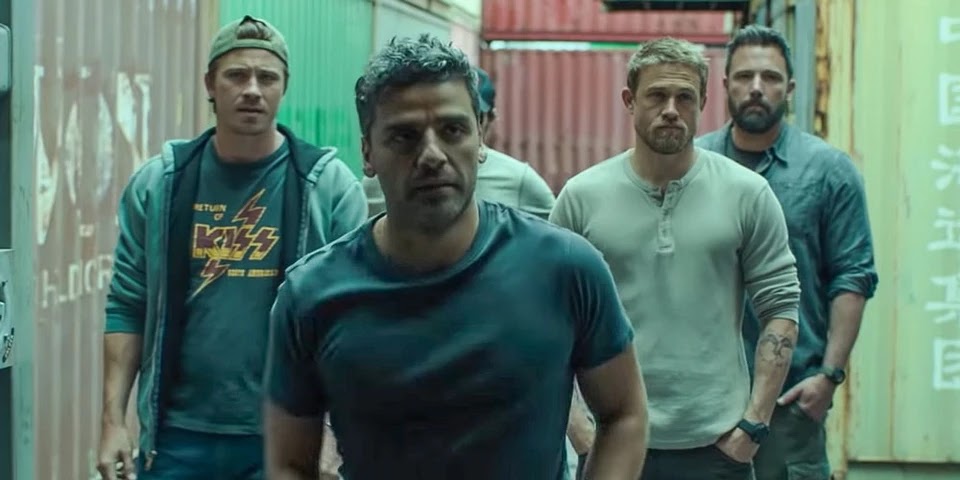 Good lord, if it feels like we’ve been waiting forever to see ANYTHING from Triple Frontier, it’s because we have. Nearly a decade ago this was meant to be Kathryn Bigelow and screenwriter Mark Boal’s big followup to The Hurt Locker, but Bigelow departed it and moved on to Zero Dark Thirty. At the time the amazing cast included names such as Will Smith, Tom Hanks, and Johnny Depp with Mark Wahlberg also attached at a later date. Eventually, J.C. Chandor (All is Lost) came aboard, but just as shooting was to begin last year, Paramount dumped the film and most of the cast went with it. At that time it was looking to star Ben and Casey Affleck, Tom Hardy, Mahershala Ali, and Channing Tatum. Uh, yeah. Pretty awesome.

Cut to now and the cast is very different, with the exception of Ben Affleck who remains on board. Chandor is still behind the camera and now shares a co-writing credit with Boal. Affleck’s co-stars now include Garrett Hedlund, Pedro Pascal, Charlie Hunnam, Oscar Isaac, and Adria Arjona. Not bad, but hardly where this thing started. Oh, and it’s on Netflix now, too, another saving grace by the streaming company because this film was dead in the water for a long time.  On a side note, I can only imagine our friend and fellow writer Roxana Hadadi has squealed maniacally at the current lineup. Hedlund, Pascal, Hunnam, Isaac, it’s a dream team for sure.

Anyway, Triple Frontier takes place in the dangerous border zone between Paraguay, Argentina, and Brazil, as five friends, all military vets, reunite to take down a South American drug lord, unleashing Hell in the process. It looks solid, as well it should, but it better be friggin’ gold considering the wait and likely investment.

Triple Frontier hits Netflix in 2019. At one time this was my most anticipated movie, and now I’m not so sure. Call me cautiously optimistic.