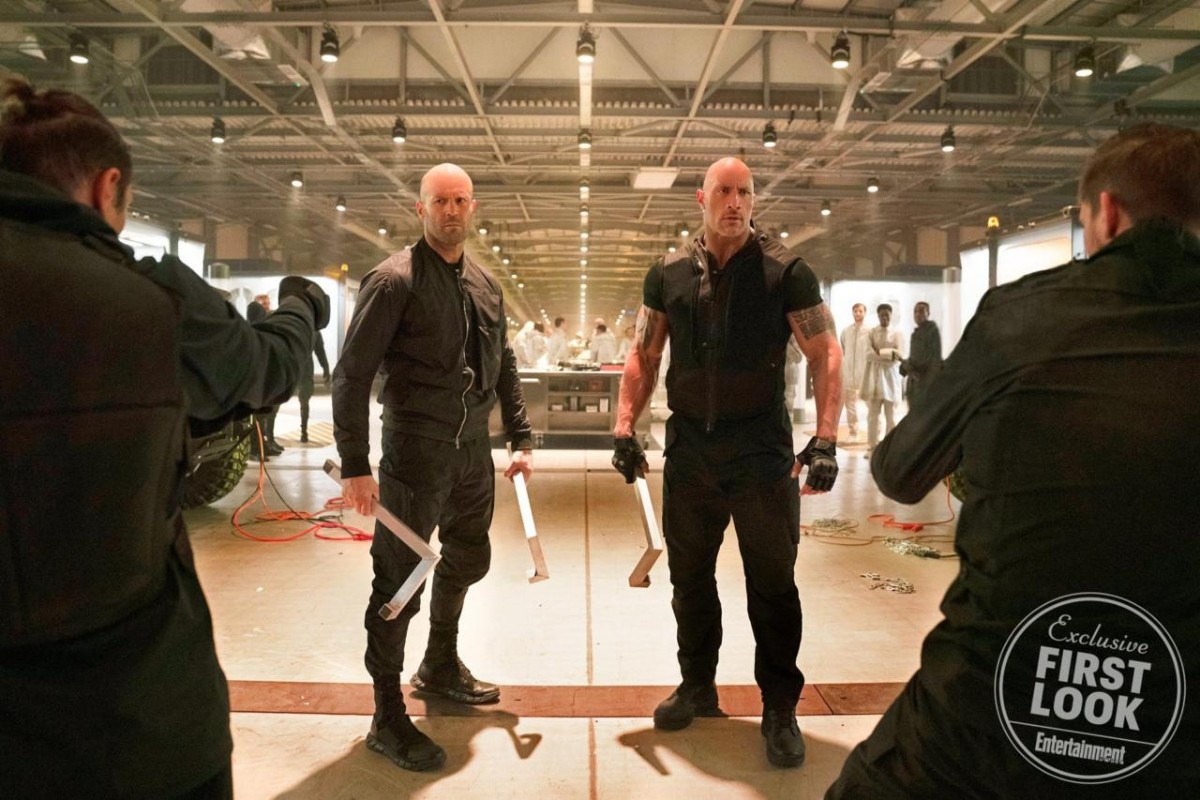 For months we’ve been calling the upcoming Fast & Furious spinoff Hobbs & Shaw after the two lead characters, but there was almost no way that title was going to stick. Not that any film with Dwayne Johnson and Jason Statham could ever fly under the radar, there’s still a need to acknowledge the core franchise. And so the film has a brand new title that is ridiculously cumbersome.

The spinoff will now be known as Fast & Furious Presents: Hobbs & Shaw. Ugh.  When I see the word “Presents” it makes me think of a prestige presentation, like Masterpiece Theatre or some shit like that, so the idea of Fast & Furious presenting anything makes me laugh. It also suggests to me that we could see a lot of spinoffs using this same header.

I’ll continue to hold out hope for a Fast & Furious Presents: Han & Gisele.

Until that happens, we’ve got Dwayne Johnson hyping the shit out of this movie, telling EW…

“You are going to fucking love this movie.  I’m sharing this with you now because I know you’re such a big fan. There’s going to be some big, ‘Oh, holy shit, I did not see that coming’ moments.”


Hobbs & Shaw will be sold as a buddy action comedy in the vein of Tango & Cash, which sounds like the right way to go. Johnson talked about the chemistry he and Statham seemed to find in last year’s The Fate of the Furious, which grossed an incredible $1.2B…

“…it was finding it in ‘Fast 8’ that when Jason and I sat down early, before we started shooting, we thought, what if we had an opportunity here where we created two characters that were biting, yet would do it a winking way, that they actually enjoyed talking shit to each other and in a really weird way enjoyed beating the shit out of each other as well. [Laughs.]”