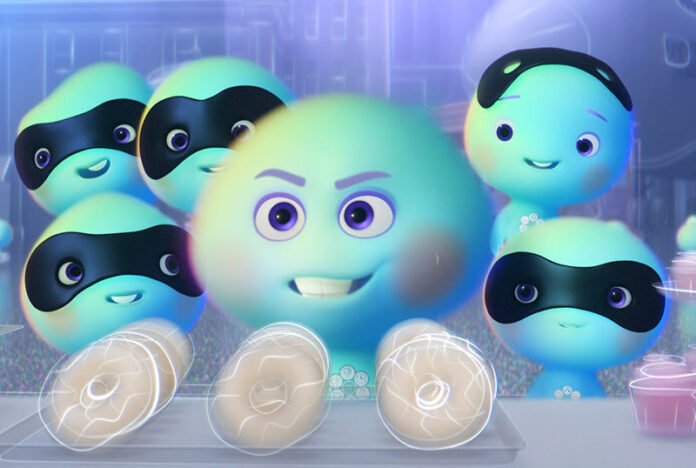 Pixar’s Soul is considered by many to be a frontrunner to win Best Animated Feature at the Oscars this weekend, and if that’s the case it’ll put some big time heat behind the upcoming prequel short film, 22 vs. Earth.

We’re getting our first look at the Soul prequel 22 vs. Earth, coming to Disney+ on April 30th. Tina Fey returns to voice 22, the jaded soul who was content to stay in the Great Before and not return to Earth until convinced by Joe Gardner (Jamie Foxx) to do so. Before that happened, 22 enlisted other souls to spark a rebellion in the Great Before, which leads to some unexpected revelations.

The film is directed by Pixar veteran Kevin Nolting, who had this to say…

“I think the new souls make the short so fun—the contrast of their pure innocence and delight with the cynical expectations of 22,” said Nolting. “The other new souls are what 22 once was before she took another path—purely innocent, blank slates to be guided by the counselors in their mostly uneventful journey to the earth portal. 22 sees an opening in that and attempts to guide them herself into her way of thinking.” 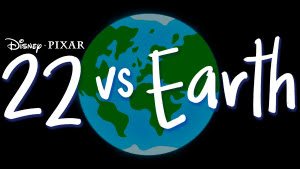 “While making Soul, we talked about the why of a new soul not wanting to live on Earth, but it didn’t ultimately belong in that movie,” Nolting continued. “22 vs. Earth was a chance to explore some of the unanswered questions we had about why 22 was so cynical. As a fairly cynical person myself, it felt like perfect material.”

Pixar has done its share of short films based on their main franchises, but this is a bit different. The difference is I’m not sure we’ll be seeing any Soul sequels, so it may only be in shorts like 22 vs. Earth that we get to revisit these characters.

Soul is currently available on Disney+ and on Bluray/DVD.