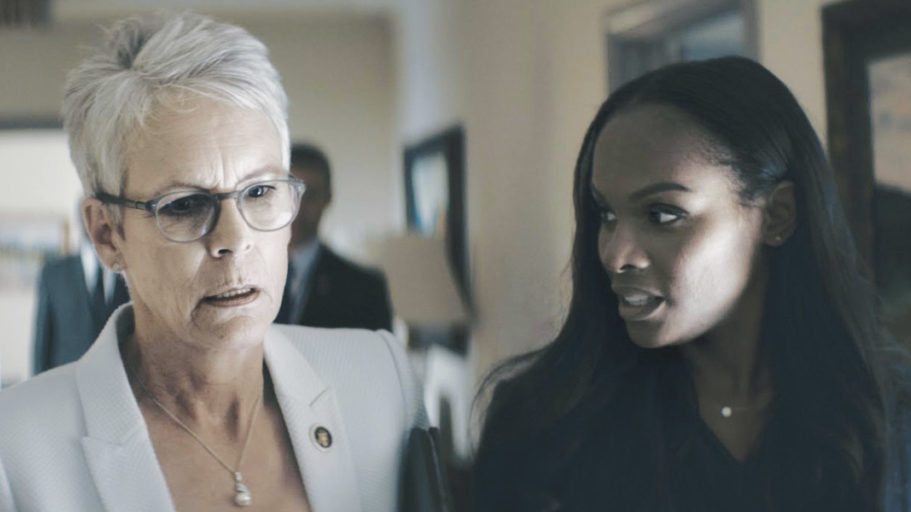 How exactly is Jamie Lee Curtis going to followup her welcome return in Halloween? With the political thriller An Acceptable Loss, which finds her headlining alongside Southside with You and Sonic the Hedgehog‘s Tika Sumpter.

The film is directed by Joe Chappelle, director on Halloween: The Curse of Michael Myers which did NOT star Curtis somehow. Anyway, An Acceptable Loss stars Sumpter as “a former government official who finds herself a target when she contemplates revealing the secrets that lead to a decisive but controversial military victory.” Curtis plays a politician who will do anything to keep her quiet.

In a supporting role is the always-great Clarke Peters, best known for The Wire and Spike Lee’s Red Hook Summer.  Here is the official synopsis:

She was the ultimate patriot. Now, what she knows could bring down the government. Libby Lamm (Tika Sumpter) is a former top national security advisor who, while working with Rachel Burke (Jamie Lee Curtis), a ruthless, steely-willed political veteran, signed off on a controversial military action that was supposed to end the war on terror. The problem: thousands died under false pretenses. Haunted by what she knows, Libby sets out to tell the truth, risking treason—and her own life—to expose a cover-up that stretches all the way to the highest levels of government. This gripping saga of lies, conspiracy, and betrayal is an explosive look at what it takes to do the right thing—even if that means going up against your own country.


An Acceptable Loss hits theaters and VOD on January 18th 2019.

Review: ‘I Wanna Dance With Somebody’