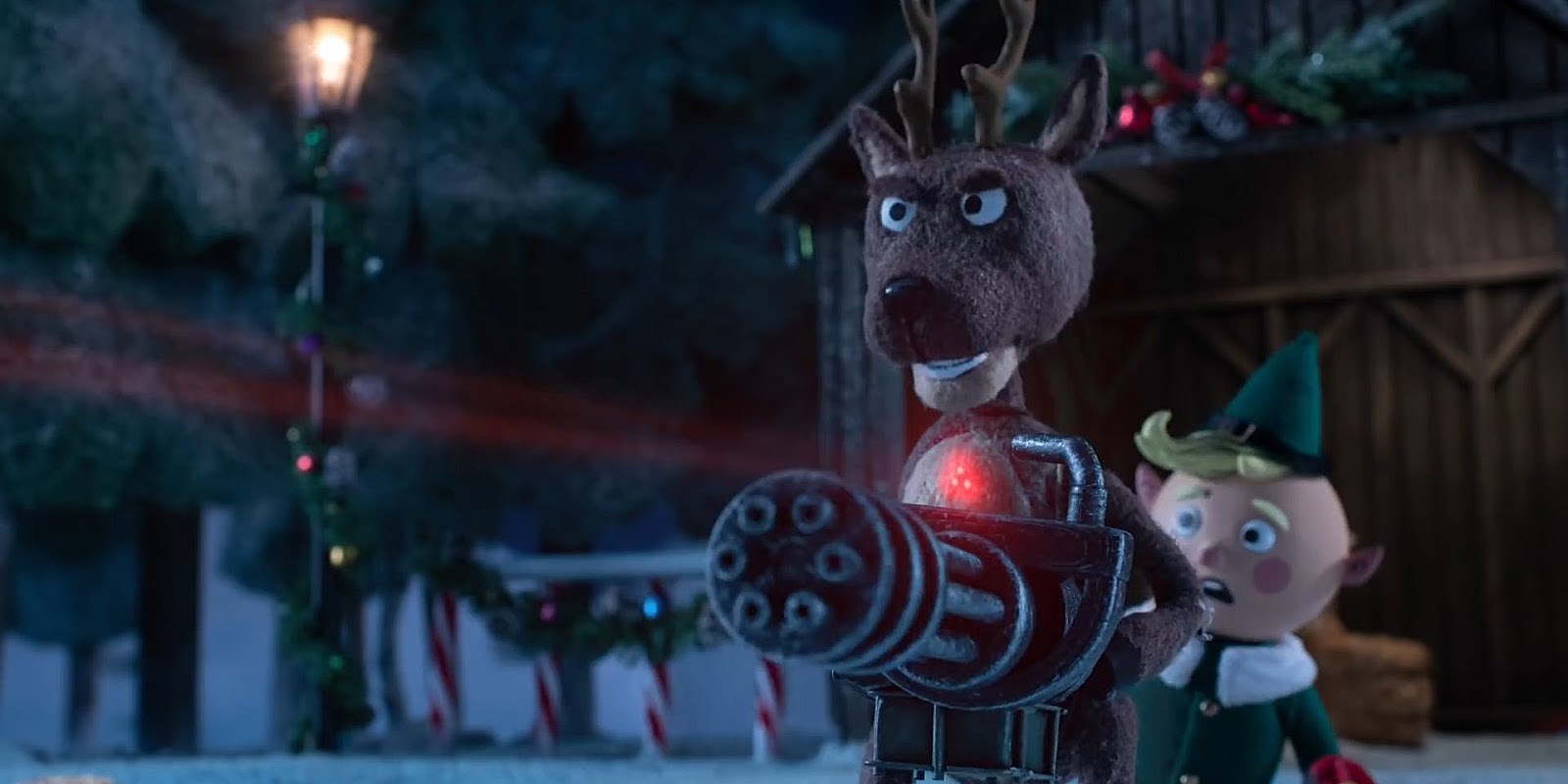 Is this what happens when your franchise-reviving sequel goes awry? Do you get reduced to a joke in a stop-motion short film?  That’s apparently what happened to the once-vicious Predator, after Shane Black’s The Predator failed to really do much at the box office. The film hits Bluray, DVD, and 4K Ultra next week, and to celebrate a teaser has been released for The Predator Holiday Special, which will find the alien hunter taking on Santa Claus and his reindeer.

The teaser is brief but it shows Santa’s reindeer Blitzen wielding a Gatling Gun ala Jesse “The Body” Ventura in Predator, and meeting much the same fate. If you ever wanted to see a bloody hole blown through a felt reindeer, this clip is for you. Comedy Central will air the entire short on the December 19th episode of Bojack Horseman, a show I don’t watch and won’t start just for this.

The Predator will hit store shelves a day earlier on December 18th.