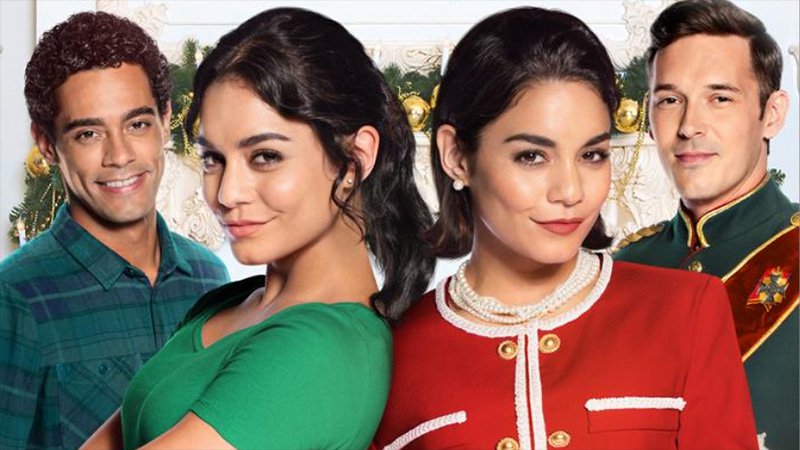 Are you ready for double the Vanessa Hudgens? Netflix’s latest in a string of rom-coms is The Princess Switch, a body-swapping comedy in the Parent Trap mold.  Only this one is set during the Christmas holiday, so you can watch it with your family rather than a marathon of A Christmas Story or the yule log channel.

Hudgens takes on the dual roles of Margaret, the beautiful Duchess of Montenaro, and Stacy, a common from Chicago who looks exactly like her.  With the help of one of Santa’s little helpers, Margaret falls in love with one of Stacy’s co-workers while Stacy falls for a dashing prince who happens to be Margaret’s fiance. The film is directed by Mike Rohl and co-stars Sam Palladio (Nashville) and Nick Sagar (Queen of the South).

Predictable? Probably, but Netflix has been killing it with their romance flicks lately so maybe The Princess Switch will catch us by surprise. It’ll be available for streaming on November 16th.