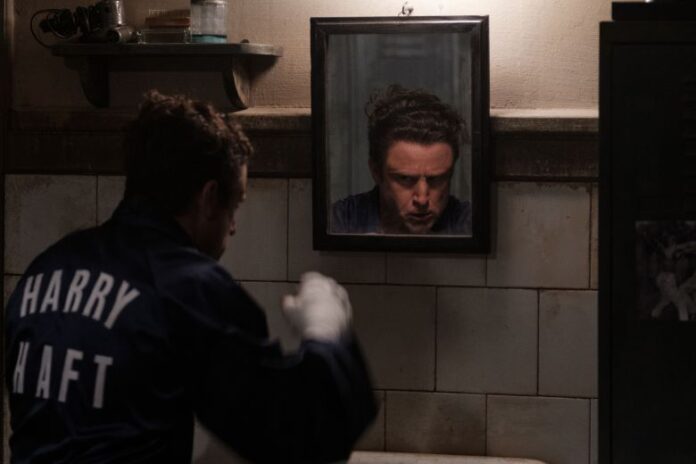 Is it possible to simply punch bad memories away? We’ve seen plenty of films about prizefighters who use their time in the ring to overcome hardship. But few of them have had more to overcome than Harry Haft, and his remarkable true story of surviving WWII, a Nazi camp, and more is the basis for The Survivor, starring Ben Foster in one of his best roles in years.

As a Jewish man, Haft was one of many men captured and imprisoned in a Nazi camp in Auschwitz in 1942. There, he was given the chance to literally fight for his life against other prisoners. Losing would come with a terrible cost, but the cost of winning may have been worse. When he was finally freed, Haft fought to overcome the terrible memories of all he had done, while also building towards a championship fight against Rocky Marciano.

The film is directed by Barry Levinson and will be released by HBO, a place the veteran filmmaker is quite familiar with after directing Paterno, Wizard of Lies, and You Don’t Know Jack. Most recently he was part of the acclaimed Hulu miniseries, Dopesick.

The Survivor debuts April 27th on HBO. It premiered last year at TIFF where I called it “a film worthy of the man who took all of life’s punches and lived to tell the tale.”