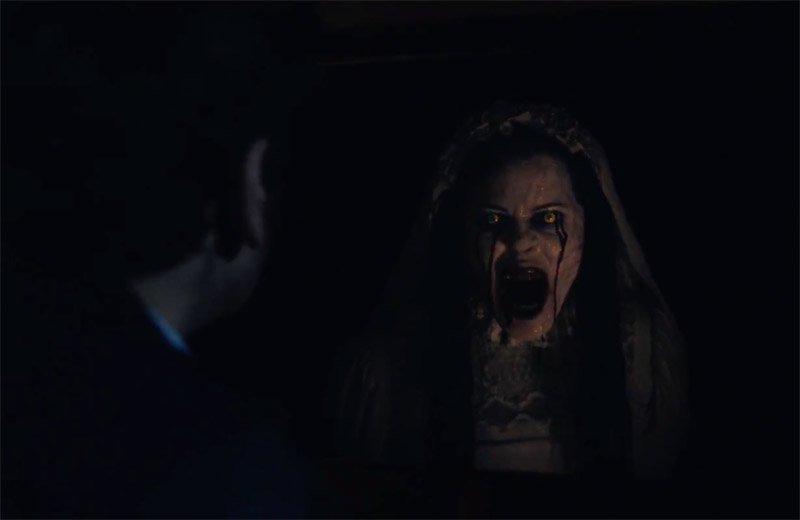 The ominously titled horror The Curse of La Llorona has been garnering a lot of early buzz for a couple of reasons. First, its produced by horror maestro James Wan, working alongside newly-named The Conjuring 3 director Michael Chaves. Second, it won over the crowd of genre fanatics at ScareDiego with claims of supernatural weirdness during the production.  Whether any of that is real or just a marketing ploy is anybody’s guess, but the new trailer is creepy enough that I don’t think they need any cheap gimmicks.

The film is based on a Mexican folklore about The Weeping Woman, the spirit of a mother who drowned her children in a jealous rage and is doomed to walk the plane between Heaven and Hell for eternity. Yikes.  Here’s how the movie will make use of this spooky tale…

“In 1970s Los Angeles, La Llorona is stalking the night—and the children. Ignoring the eerie warning of a troubled mother suspected of child endangerment, a social worker and her own small kids are soon drawn into a frightening supernatural realm.  Their only hope to survive La Llorona’s deadly wrath may be a disillusioned priest and the mysticism he practices to keep evil at bay, on the fringes where fear and faith collide.”