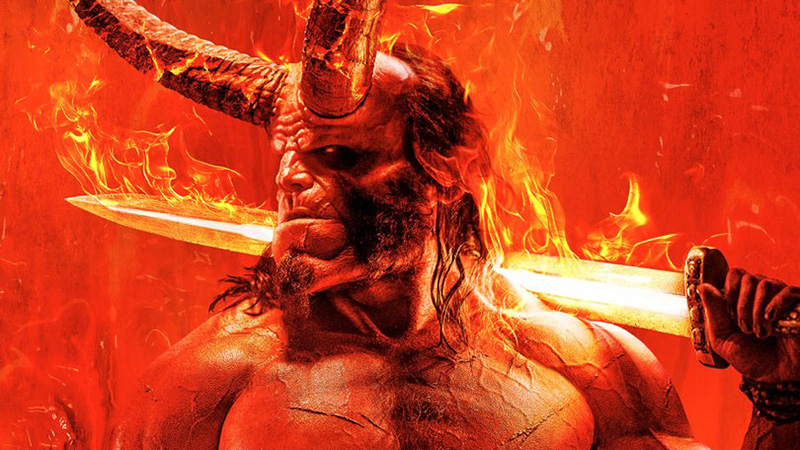 We’re all probably a little bit concerned about the new Hellboy movie, right? Most of us have fond feelings for Guillermo Del Toro and Ron Perlman’s version of the Mike Mignola character, seen in two prior fan-favorite movies. There simply hasn’t been much seen from director Neil Marshall’s vision, and only a few glimpses of Stranger Things’ David Harbour as the new Hellboy. Well feast on this fiery, Hellish new look in an awesome brand new poster ahead of the film’s arrival at New York Comic-Con.

The image features Harbour as Hellboy, rockin’ some serious ab work, biceps to die for, and huge red horns to go with his blazing sword.  In previous images those horns have been filed down, which is how Hellboy normally keeps them, but clearly they will be on full display at some point in the story. Honestly, there isn’t much difference between the Harbour and Perlman versions. It’s not like they were suddenly going to make Hellboy blue or something, right? Or not give him a giant rocky right hand? The silly “Legendary AF” tagline has gotta go, though. It sounds like it oughta be on an Assassination Nation poster, not Hellboy.

We’ll probably be getting a trailer in the next few days or so, and that’s when we can really judge where Marshall is headed with this. He’ll be on hand for a New York Comic-Con panel this Saturday along with Harbour, Mignola, and co-stars Ian McShane, Daniel Dae Kim, and Sasha Lane. 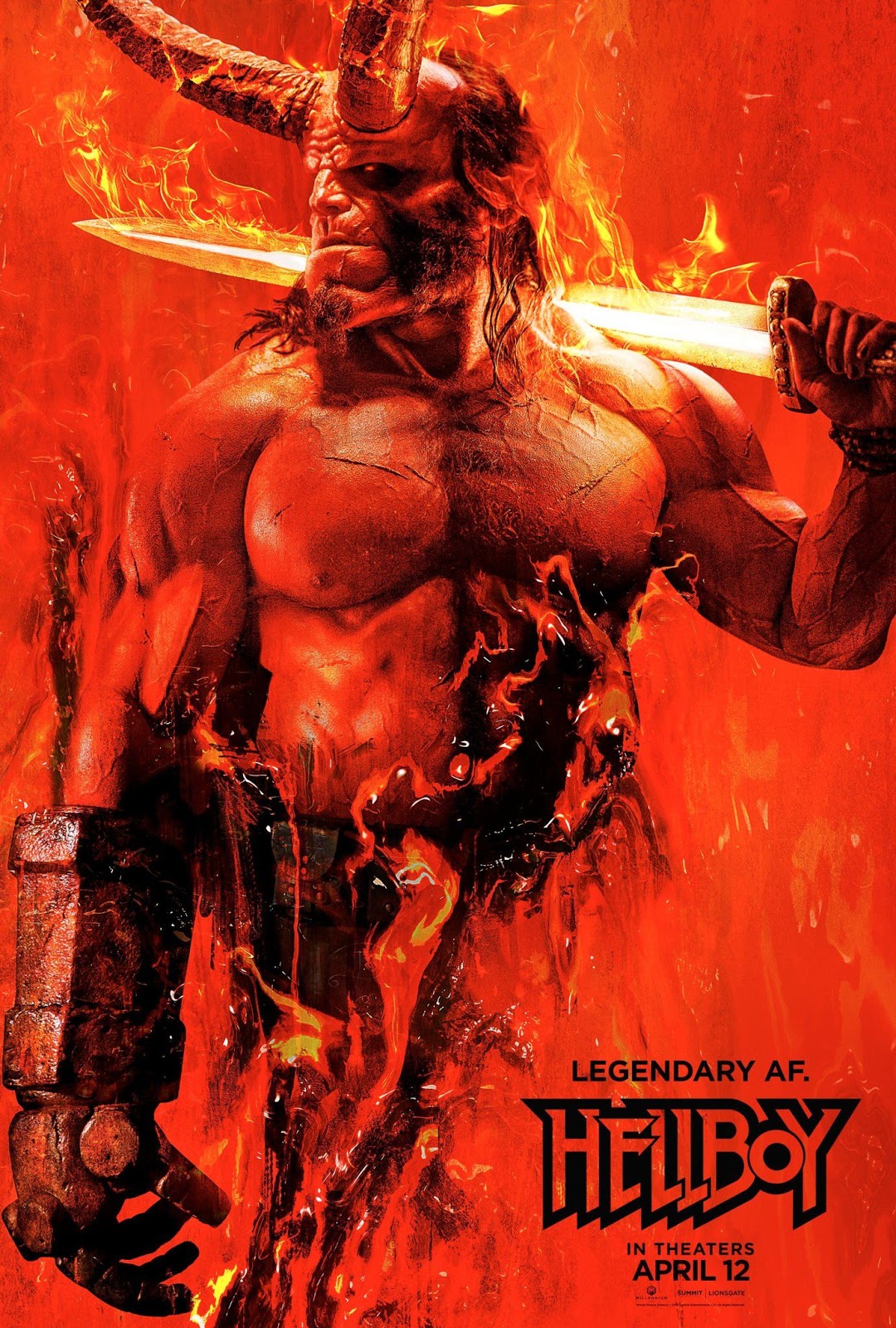