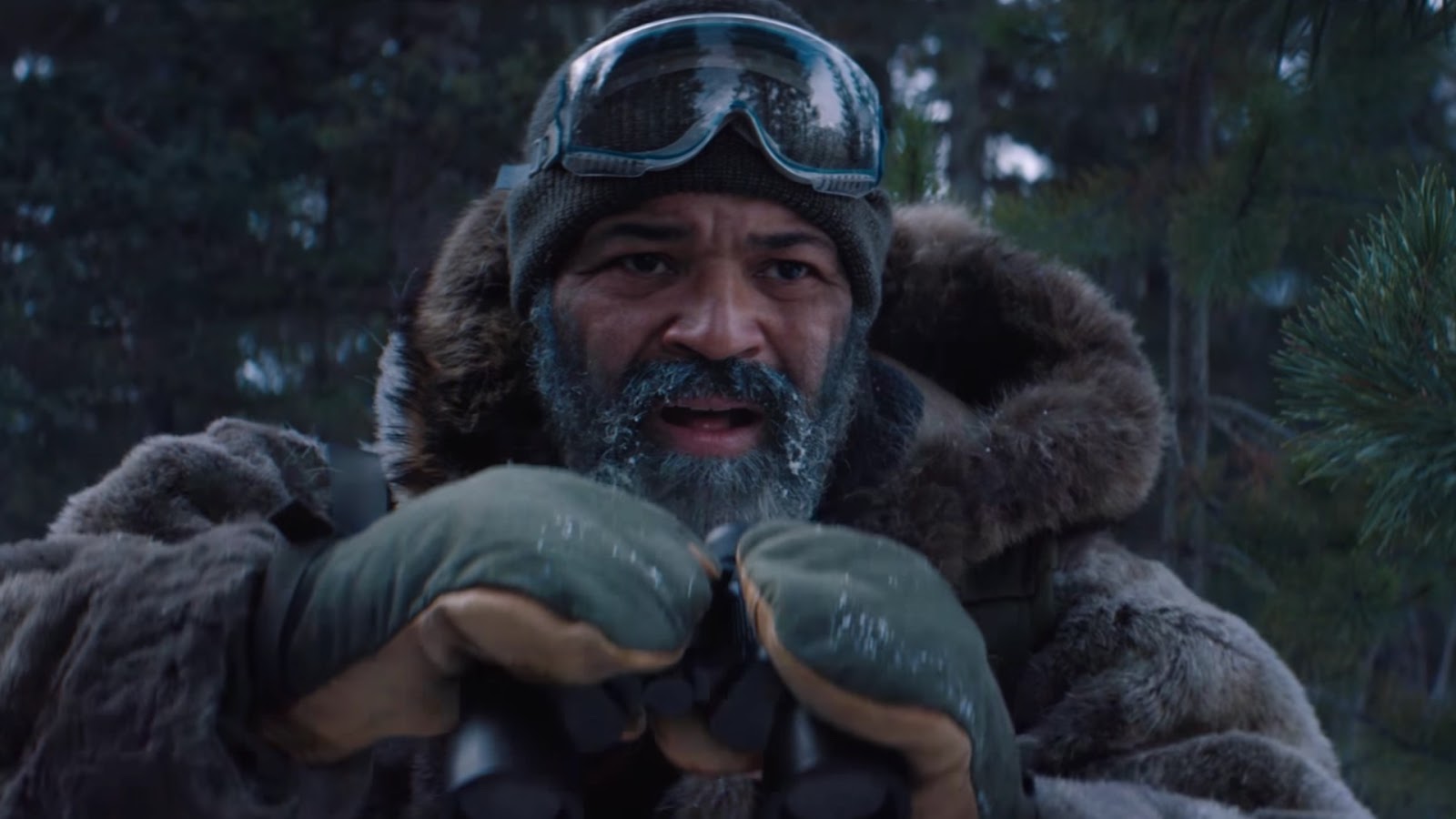 Having established himself as one of the most unique voices in genre filmmaking with Blue Ruin and Green Room, Jeremy Saulnier is expanding his repetoire considerably with Hold the Dark. A film he’s described as having his “highest body count” yet, it takes the director into the frigid wilds of Alaska and features his starriest cast yet, led by Alexander Skarsgard, Riley Keough, James Badge Dale, and Jeffrey Wright.

The Netflix thriller takes place in a remote Alaskan village where a number of children have been killed in what are reported to be wolf attacks. Wright plays an experienced tracker brought in to stop the wolves, only to be pursued by the vengeful father of one of the dead boys.

After the claustrophobic siege style of Green Room you can see how Saulnier relished the open air freedom Alaska afforded. The script was written by his longtime friend and collaborator, I Don’t Feel at Home in this World Anymore‘s Macon Blair, who also takes a small role, continuing his streak of appearing or starring in each of Saulnier’s movies.

Here’s the synopsis: Retired naturalist and wolf expert Russell Core (Jeffrey Wright) journeys to the edge of civilization in northern Alaska at the pleading of Medora Slone (Riley Keough), a young mother whose son was killed by a pack of wolves. As Core attempts to help Medora track down the wolves who took her son, a strange and dangerous relationship develops between the two lonely souls. But when Medora’s husband Vernon (Alexander Skarsgård) returns home from the Iraq War, the news of his child’s death ignites a violent chain of events. As local cop, Donald Marium (James Badge Dale), races to stop Vernon’s vengeful rampage, Core is forced on a perilous odyssey into the heart of darkness.