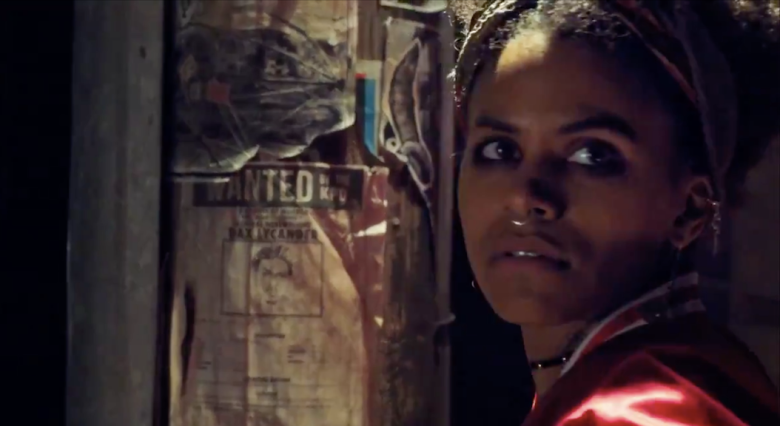 I guess in a world that has Ice Cube, Ice T, Common, and LL Cool J as major Hollywood actors, Chance the Rapper joining their ranks shouldn’t be that big of a deal. Slice, the hip-hop artist and Kit-Kat spokesman’s debut feature as well as that of music video director Austin Vesely, was basically shot in secret a couple of years ago, then dropped an animated teaser months after its completion. But now we have the first real trailer for it, and I have to say it looks like a lot of fun, like Buffy the Vampire Slayer levels of horror enjoyment.

Chance stars along with Zazie Beetz as a pair of pizza delivery drivers who have survived the murders of other pizza delivery boys. Together they team up to catch the culprits behind the crime spree, but one of them has a secret and clearly there’s more than just murder going on here. The cast for this includes Stranger Things‘ Joe Keery, comedian Paul Scheer, Hannibal Buress, Will Brill (The OA), and Y’lan Noel (The First Purge).

Slice has yet to get a release date but expect A24 to announce that soon.