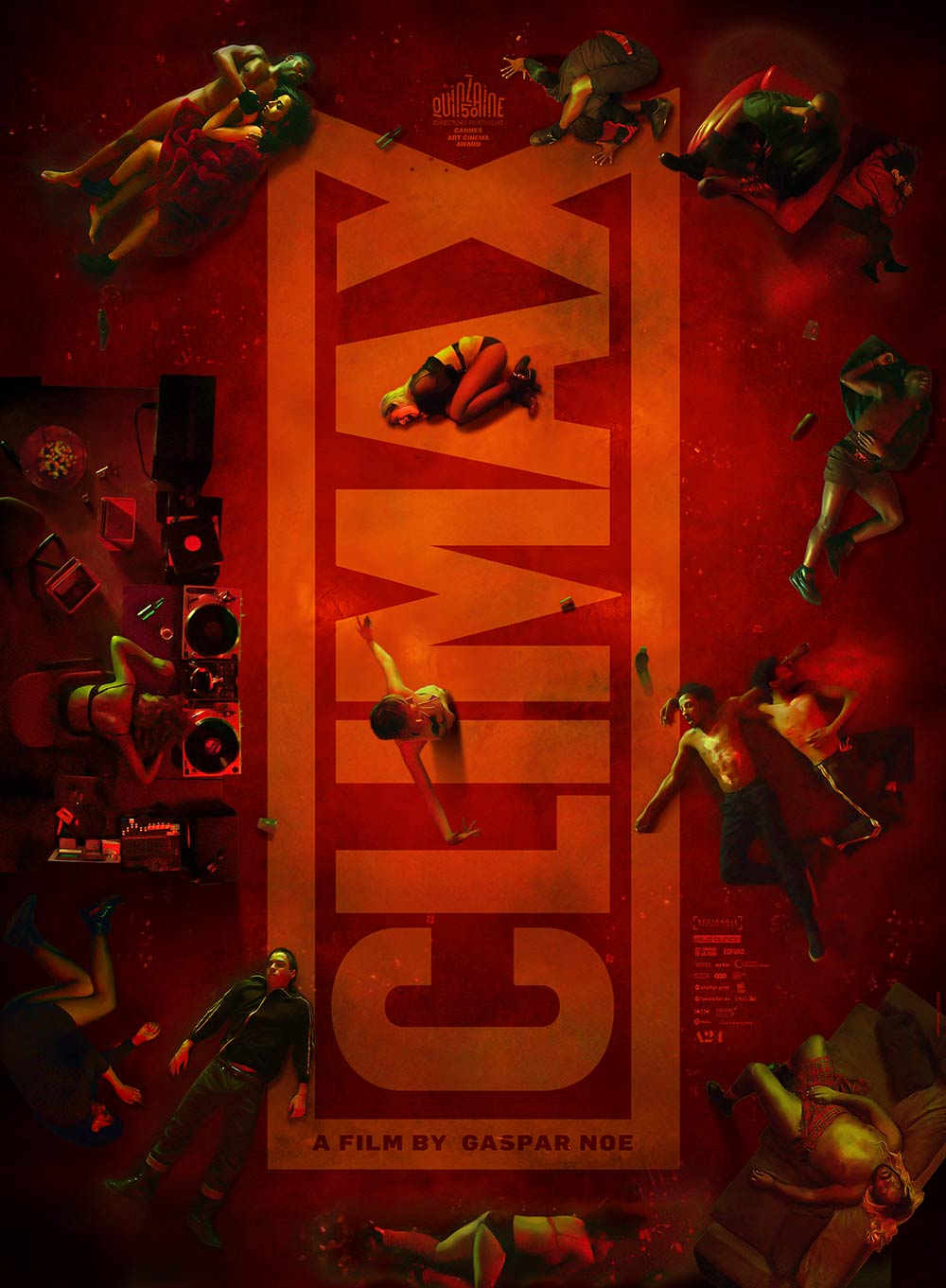 Ever since his debut feature I Stand Alone, Gaspar Noe has established himself as a director whose films are not for the faint of heart. If being confronted with disturbing or provocative imagery isn’t your thing, then films like Love, Enter the Void, and Irreversible are probably best left off your playlist. And the same will undoubtedly go for Noe’s latest, the Cannes award-winner Climax, which has just debuted another psychedelic new trailer.

Sofia Boutella (The Mummy, Kingsman: The Secret Service) stars in this strobe-lit, LSD-fueled mindtrip as part of a dance troupe that throws a celebration which descends into a hallucinatory nightmare.  The film divided critics at Cannes but Noe managed to walk away with the prestigious  Art Cinema Award.

Here’s the synopsis: From director Gaspar Noé (Irreversible; Enter the Void; Love) comes a hypnotic, hallucinatory, and ultimately hair-raising depiction of a party that descends into delirium over the course of one wintry night. In Climax, a troupe of young dancers gathers in a remote and empty school building to rehearse. Following an unforgettable opening performance lit by virtuoso cinematographer Benoît Debie (Spring Breakers; Enter the Void) and shot by Noé himself, the troupe begins an all-night celebration that turns nightmarish as the dancers discover they’ve been pounding cups of sangria laced with potent LSD. Tracking their journey from jubilation to chaos and full-fledged anarchy, Noé observes crushes, rivalries, and violence amid a collective psychedelic meltdown. Starring Sofia Boutella (Atomic Blonde) and a cast of professional dancers, Climax is Noé’s most brazen and visionary statement yet.


Climax has yet to be given a release date but A24 is expected to open it later this year.