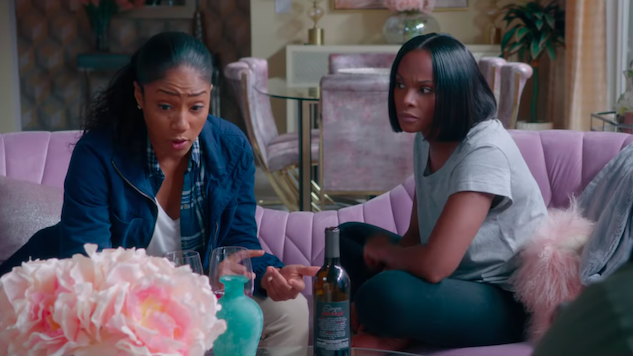 The Tyler Perry franchise, because let’s face it he IS a franchise at this point, shows no sign of slowing down. It was only a couple of months ago that he released Acrimony into theaters, and while it played pretty small the $46M it earned shows that the intended audience caught wind of it. Now Perry is back with his latest, Nobody’s Fool, which could be his biggest non-Madea hit in a while simply because of its star: Tiffany Haddish.

The Girls Trip breakout is everywhere right now, and she’s turning it up in a film that co-stars Southside with You‘s Tika Sumpter and Whoopi Goldberg who needs no introduction. The story is pure Perry, following a woman newly released from jail as she tries to get her life back on track with the help of her straight-laced sister who is poised for a huge job promotion.

You can probably tell where this goes, but I have to say the talent on hand is spectacular and this may be the first Perry movie I’ve wanted to see in a long time. Also starring Omari Hardwick and Amber Riley, Nobody’s Fool opens November 2nd.