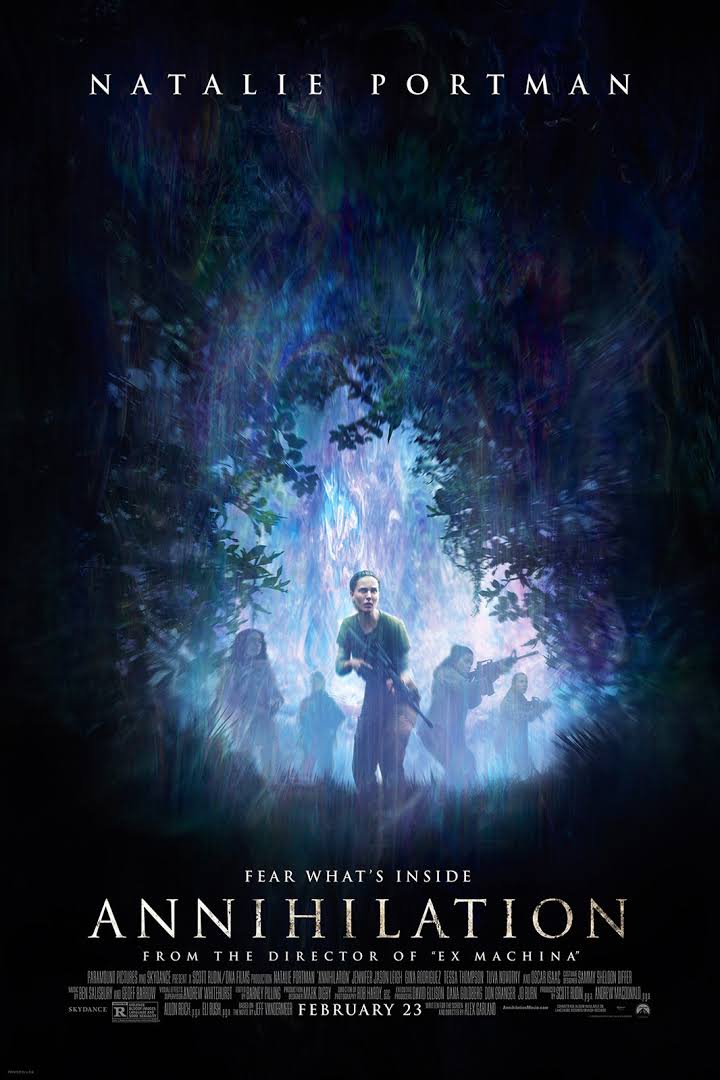 Based on the best selling series of novels, this heady sci-fi
thriller stars Natalie Portman as a biologist who, after the mysterious
reappearance of her missing husband (Oscar Isaac), signs up for a dangerous, top
secret expedition into the supernatural realm he was last seen exploring. Adapted
and directed by Alex Garland (Ex Machina, 28 Days Later), Annihilation is hands
down the year’s most hauntingly beautiful film.

We Said: “The film is simply plotted; the women need to reach their destination and then return home, but its the complexities within them that are fascinating. […] Gorgeous, unnerving, and utterly brilliant, Annihilation will scare the crap out of you just as much as it will make you think.” Rating: 4 out of 5