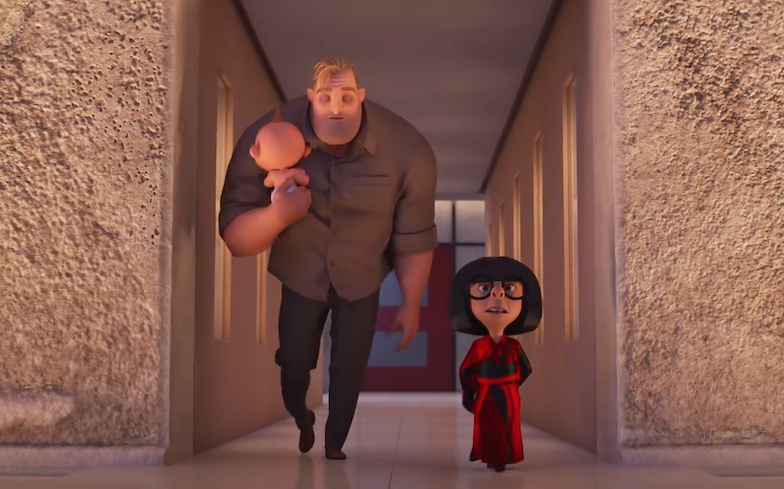 Ever thought about dressing your kid up in a Nuclear Onesie? Well, you’d have to go to Edna Mode to get one. The diminutive fashion designer to the superhero world is back for The Incredibles 2, and a new video released by Pixar gives us an idea of what she’ll be up to, and of her status within the fashion community. They all love her, apparently.

The brief video is pretty funny and one of those fun little projects from Pixar that makes us love them so much. It’s essentially a profile piece about how great Edna Mode is, featuring heavyweights in the fashion community like Kendal Jenner (Edna only comes up to her knees), Rachel Zoe, Heidi Klum, and more.

But there is some new footage from The Incredibles 2 in here, as well. We get a look at Elastigirl’s new costume, which she complains is too “dark and angsty” because of the grey/black color scheme. And it looks as if Mr. Incredible tries to get Edna to babysit Jack-Jack while Elastigirl is away, and she isn’t having it.

Edna is once again voiced by director Brad Bird, with Craig T. Nelson back as Mr. Incredible and Holly Hunter as Elastigirl.  The Incredibles 2 opens June 15th 2018.

Review: ‘The Incredibles 2’, Pixar’s Long-Awaited Sequel Is Both Timely And Timeless