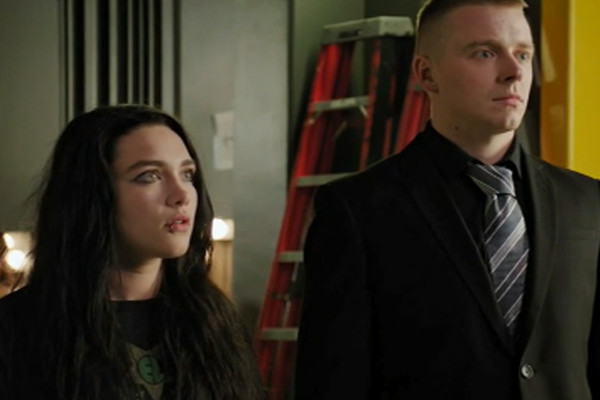 This past weekend the wrestling community gathered for the biggest event of the year: WrestleMania. The WWE took that time when all eyes are on them to unveil the first sneak peek at Fighting With My Family, the upcoming film based on the life of WWE superstar Paige, real name Saraya-Jade Bevis. Since I’ve watched roughly 14 hours of professional wrestling over the last two days I’ve seen this teaser A LOT and am sick of it, but for those who haven’t you can check it out now.

The clip features Florence Pugh as Paige with Jack Lowden as her brother as they encounter someone you may be familiar with, Dwayne “The Rock” Johnson. Johnson’s a producer on the film and by far the biggest name associated with it, so it’s no surprise this clip is all about him. Ahhhh, bask in the glory days of The Rock when he was giving his best promos…

Guiding @SevenBucksProd  has been so rewarding. Our growing slate is beginning to include the powerful female narrative! Congrats to our partners @WWE and our powerful cast in bringing to life @RealPaigeWWE’s journey to the #WWE. Enjoy this 1st look at #FightingWithMyFamily ? pic.twitter.com/lmNykFfYMf

My beef with this clip, besides having seen it too much, is that it’s about The Rock and not focused on Paige. But I guess that’s a minor quibble, and they did a Hell of a job casting Pugh to play Paige. She’s a dead-ringer. It looks super corny but maybe I shouldn’t be too judgmental until more footage is revealed. Hopefully WWE will give guys like me an advanced look in the near future. Not counting on it, though.