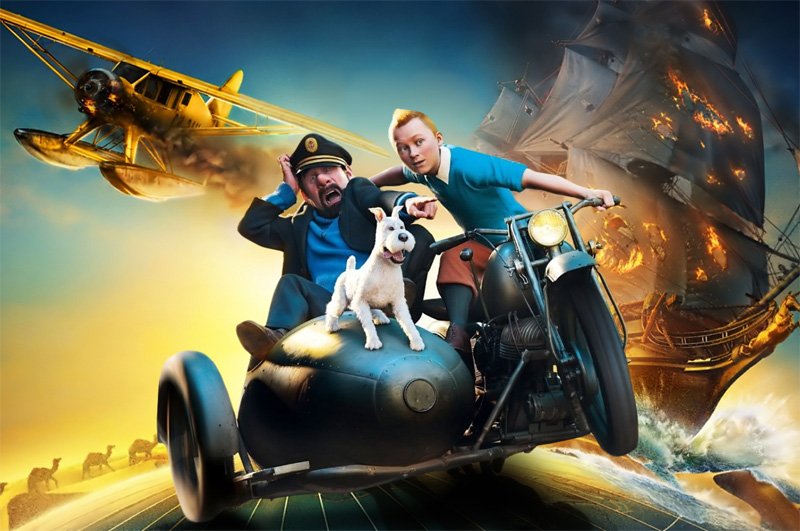 2011’s motion-capture The Adventures of Tintin was a huge hit internationally, with the Steven Spielberg/Peter Jackson collaboration grossing $375M worldwide.  It didn’t do so hot domestically, however, and reviews were pretty mixed. I remember loving it and awaiting a sequel eagerly, but there was always something standing in the way, namely that the next one needed to be directed by Peter Jackson who had other priorities like his Hobbit movies.

While in London promoting Ready Player One, the 71-year-old Spielberg confirmed that a sequel to The Adventures of Tintin is still happening and that the burden is still on Jackson to do it…

“Peter Jackson has to do the second part,” he said. “Normally, if all goes well, he will soon start working on the script. As it takes two years of animation work on the film, I wouldn’t expect to see it be released for at least another three years. But Peter will stick with it. Tintin is not dead!”

Okay, for years every time someone has brought up Tintin to Spielberg his response has always sounded like “Hey man, that shit’s not on me anymore! Go talk to Peter about that. I’ve got stuff goin’ on over here, he ain’t got shit.”  And Spielberg STILL sounds that way.

The sequel has long been reported to be based on two of Herge’s novels centered on the adventurous Belgian detective and his dog Snowy, The Adventures of Tintin: Prisoners of the Sun and The Seven Crystal Balls and The Temple of the Sun. We’ll see if it ever gets off the ground, but I’m not counting on it until Jackson says definitively that he’s working on it. Right now he’s got an epic WWI documentary headed for London’s BFI Fest which will be taking up a lot of time. [Premiere]