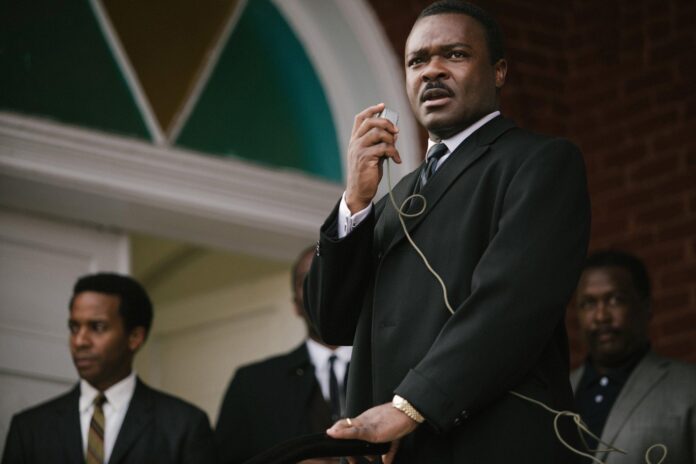 Ava DuVernay’s Selma was one of the most acclaimed movies of 2014, with high praise not only for her direction, but David Oyelowo’s incredibly-difficult performance as Martin Luther King Jr., and a screenplay that wrapped his legacy with modern context. But quick, tell me how many Oscars was Selma nominated for that year? The answer is two. Just two, winning one for Best Original Song but losing in the Best Picture category.

So what the Hell happened, eh? In a year that saw black films reach a new pinnacle of recognition, Selma was largely overlooked when the Oscars came around. Well, Oyelowo has an answer, and it has to do with the cast and crew choosing to make a statement following the murder of Eric Garner by police in July 2014…

Speaking with Screen Daily, Oyelowo says the Selma team’s decision to wear “I Can’t Breathe” t-shirts caused Academy members to say they were “stirring shit.”  Further, they said “it wasn’t their place to do that” and would not vote for the movie…

David Oyelowo says, after the cast & crew of @ava's 'Selma' wore 'I Can't Breathe' t-shirts in remembrance of Eric Garner, Academy members said they were "stirring shit" and wouldn't vote for the film as "it wasn't their place to do that."

Look, this story ain’t much of a surprise. While the Academy has done its part to try and be more diverse in its voting membership, it wasn’t long ago they were more interested in staying silent, especially in regards to racial issues. That’s how you get an inoffensive movie like Green Book to be Best Picture in the first place.

I’ve had occasion to speak with much of the Selma cast since then, and let me tell you they are STILL hot over how the movie was treated and I don’t blame them. It’s a shame there isn’t another movie like that coming out right now that can challenge the system. Spike Lee’s BlacKkKlansman did that a couple of years ago, and maybe his Da 5 Bloods can do it again.

Some good news to wrap up this story, though. Paramount has decided to make Selma available to rent digitally for free all this month. Definitely go and check it out, and ponder how in the damn world Oyelowo wasn’t nominated for Best Actor.

Happy to share: Paramount Pictures is offering SELMA for free rental on all US digital platforms for June, starting today. We’ve gotta understand where we’ve been to strategize where we’re going. History helps us create the blueprint. Onward. @SelmaMovie. https://t.co/mxhGpfQeIP