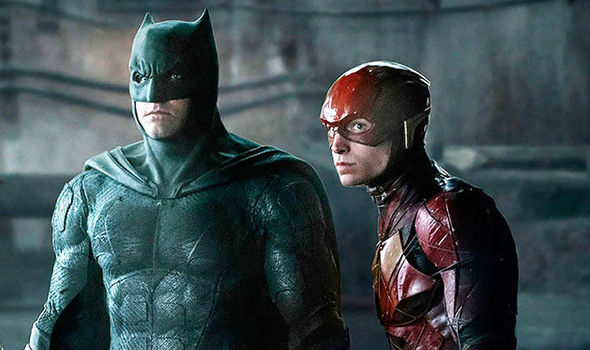 The future is foggy for Warner Bros. and DC Films, with the DCEU arguably in a worse state now following Justice League than they were before it. That’s not how things are supposed to go. The Avengers pumped renewed energy into the MCU, and Marvel has been surging on it ever since. One of the biggest question marks in the DCEU right now is Matt Reeves’ The Batman, which is either outside continuity or in it, and may or may not star Ben Affleck. We have no firm answers, and the latest rumors don’t really help us understand things any better.

The first rumor from Batman-On-Film reiterates that The Batman will be outside of DCEU continuity, which is something we’ve heard from Reeves before. However, after fans reacted negatively to that idea he backtracked and said that he only meant his film was a standalone. So which one is it? Is it in, or is it out?

That questions like this persist is a chief example why DC Films is failing. If the audience doesn’t understand what’s going on they won’t show up. The idea of a separate banner of non-continuity movies is silly, at least in the live-action arena. You can do stuff like that all day with the animated movies, and that’s where DC Films SHOULD be doing it. But the big money makers, the movies you build $1B brands around, should be simple to figure out and market. However, they seem ready to go full on with this splitting off of their DC properties, including a Joker origin movie nobody is clamoring to see.

Reeves’ film is likely to suit up a new actor as Batman, possibly Jake Gyllenhaal, which makes sense if it takes place in a completely different timeline. While Affleck expressed his enthusiasm for the role in the lead up to Justice League, the prevailing idea is that he’s on the way out. And sure enough we haven’t heard him do any cheerleading of late. That means we could be looking at two different actors playing Batman soon, one for Reeves’ The Batman, and another for films set within the DCEU. That still leaves us wondering how the transition could occur.

The second of the day’s rumors says Affleck could get a send off in either Suicide Squad 2 or Flashpoint, if the latter ever happens.  Batman had a minor role to play in the original Suicide Squad, but having him bid farewell in the sequel doesn’t make a lot of sense for such a major character. Whatever your thoughts on Batfleck he deserves better than that.

However, Flashpoint could be an interesting solution to the problem.  Since we know it’ll involve alternate realities and The Flash (Ezra Miller) probably mucking up the timestream, they could always have him go back in time and accidentally alter things so Bruce Wayne never becomes Batman. Or maybe he sets off a chain of events that force Wayne to retire early, or die, or whatever gets someone else in the suit. Batman does apparently have a role in the movie, but to me that sounds like it should be the entire storyline, not just some subplot.  You could end the movie with Dick Grayson under the cowl, although that would be weird since a Nightwing movie is in the works, too. Maybe Jason Todd, then? Perhaps Thomas Wayne? I’d love to see Jeffrey Dean Morgan, who played Thomas Wayne in Batman v Superman, get his chance as the Dark Knight. He was actually up for it at one point, if you recall, and  Thomas Wayne is actually the Batman of the “Flashpoint” comics storyline.

This is assuming Flashpoint ever gets made, of course. But with no director, no start date, and now no official release date, that is very much up in the air. What it sounds like is DC Films just wants to put the whole Affleck thing behind them as quickly and quietly as possible, which is a shame because I think he’s been pretty good. And it’s hard for me to forget the sheer level of excitement there was when Affleck was first introduced as Batman. The results have been underwhelming but not because of anything he did necessarily, and I think he deserves better than to be shuffled off as a B-player in another hero’s movie.