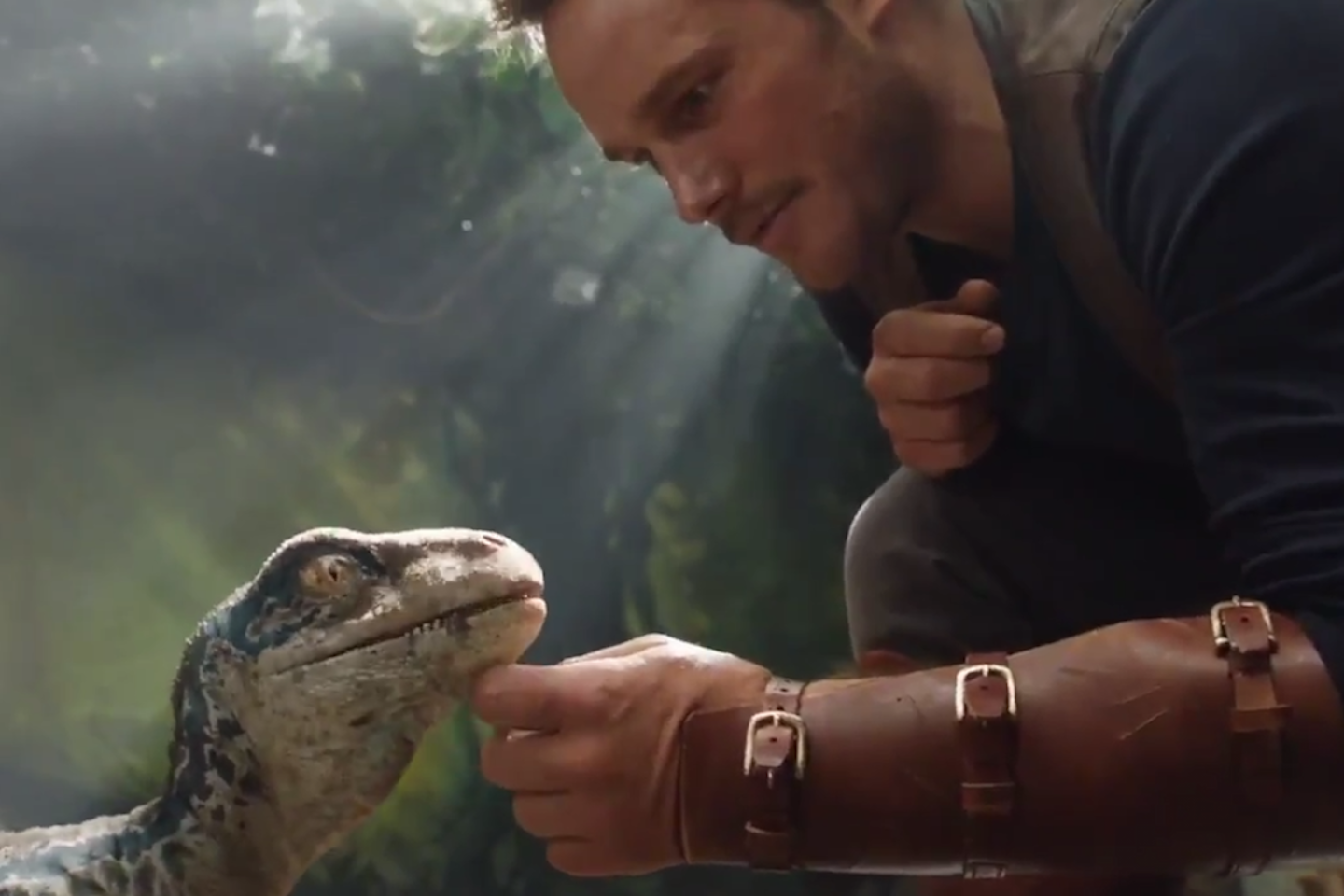 Awww, who doesn’t love Velociraptors? Aren’t they just precious? Well, the folks they chewed up in Jurassic Park probably have something to say about that. Jurassic World helped rehabilitate their image, though, and now in the first look at the sequel, Jurassic World: Fallen Kingdom, one is downright adorable.

Jurassic World director Colin Trevorrow released the 6-second scene from J.A. Bayona’s sequel, and it features Chris Pratt’s Owen Grady sharing some bonding time with a young velociraptor. I can’t tell if that’s Blue and this is a flashback scene, or if perhaps Blue had offspring that Owen is in the process of bonding with. Either way, it’s a cute setup for what will probably be another movie in which humans get trampled and devoured by the runaway dinos.