Home TV Amazon Prime Review: ‘I’m Your Woman’Rachel Brosnahan Is Looking For Her Husband In This...
Facebook
Twitter

Some movies need context in order to understand their full impact. Without a few historical references or previous knowledge, a film’s entire meeting can seem obsolete. While this may seem trivial, some films can’t be seen cold, even though some may say a film should be able to stand on its own. I’m Your Woman needs a little historical context in order to be fully appreciated. The new film, written and directed by Julia Hart, follows a new mother navigating the world without her assumed mobster husband. Questioning every bit of her perceived reality, Jean (Rachel Brosnahan) must go into hiding to protect herself and her child.

She is left into the care of Cal (Arinzé Kene), her husband’s former lackey. Stoic and secretive, Cal is the only companion Jean has, albeit a very distant one. Using complete control and nuance, Kene is commanding as Cal. Opening himself up a little at a time Cal is able to help Jean figure out her next move and escape danger. Their escapades lead them to his family’s cabin, where Jean meets with Cal’s wife, Teri (Marsha Stephanie Blake) .  Through Terry, Jean discovers more about her husband’s past and her own true potential.

I’m Your Woman’s inspiration came from Harts observation that women and people of color rarely had an opportunity to shine in the 70s crime thrillers that she loved. Taking cues from Diane Keaton in The Godfatherand Tuesday Weld in Thief, Hart packs the script with small personal moments of growth for Jean, slowly but surely showing her progress and growth into a strong independent woman. However, with no backstory or clue about Jean’s husband’s whereabouts, the audience is left in the dark with no real idea how the story is going to end. Combined with snail’s paced pacing, the story unfortunately drags.

What saves the production is superb performances by Kene, Blake, and Brosnahan. Subtle and never over the top, Brosnahan sheds her Mrs. Maisel identity and blends perfectly into the demure and naïve housewife role. Her chemistry with Kene is subtle but electric, however the fireworks fly with Marsha Stephanie Blake’s Teri. Strong and dynamic, Blake squeezes every ounce she can from the character.

For a story centering on women and people of color, Hart does a good job giving them a story worth telling. Teri has her own desires and agenda, and though she helps out Jean, aiding the white lady character isn’t her only purpose. Jean story has a full arch, complete with character growth. I’m Your Woman takes the steps towards equal representation Hollywood has been touting this whole time. It’s a shame that aesthetic choices keep it from hitting its full impact.

You can watch I’m Your Woman in theaters now and on Amazon Prime on Dec. 11th. Watch the trailer below. 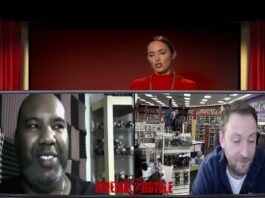