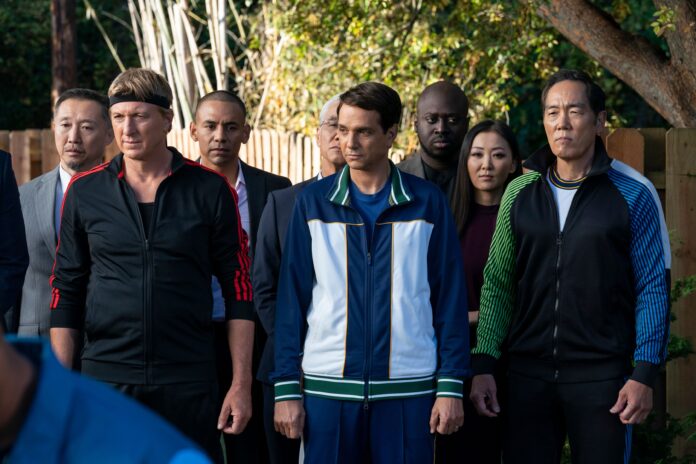 It doesn’t come as a surprise that Netflix has picked up its hit Karate Kid spinoff, Cobra Kai, for a sixth season. What may shock some fans is that this season will also be its last. Netflix dropped the news with an announcement video today, teasing what they’re calling “the biggest … baddest” season yet.

Series creators Josh Heald, Jon Hurwitz and Hayden Schlossberg call the decision “bittersweet”. However, it also gives them the chance to end the show on their own terms, while also possibly leading into new shows set in this universe…

“Reacquainting the world with the Karate Kid universe has been our humble honor,” the creators said in a statement. “Making Cobra Kai has allowed us to join the same hallowed dojo once inhabited by the great Robert Mark Kamen, John Avildsen, Jerry Weintraub, and all the amazing original cast members. It has also enabled us to play sensei, expanding the original storylines and birthing a new generation of underdogs. We’ve never once taken this opportunity for granted.

They continued, “Our day one goal with Cobra Kai has always been to end it on our terms, leaving the Valley in the time and place we’ve always imagined. So it is with immense pride and thankfulness that we are able to announce that achievement. The upcoming season six will mark the conclusion of Cobra Kai.”

Cobra Kai started life as a Youtube series featuring the returning Ralph Macchio and William Zabka from the original 1984 movie. Netflix picked it up in 2020 and it has become one of their most popular, longest-running shows.