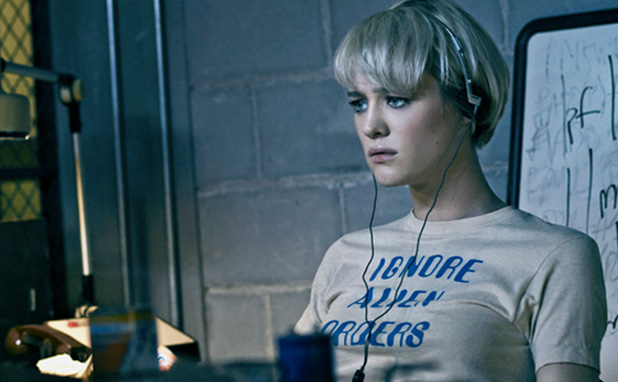 There’s a brand new reason to have faith Terminator 6 will get the franchise back to its former glory. Rising star actress Mackenzie Davis, so good in Halt & Catch Fire, Breathe In,  The Martian, Blade Runner 2049 and more, is in talks to join Arnold Schwarzenegger and Linda Hamilton in the film, although her role is still a mystery.

Various reports have her listed for a lead role, with THR calling her a “soldier-assassin”. Sounds like she may be on the hunt for Sarah Connor and the T-800, maybe? Perhaps she will even be a Terminator of some kind? A female Terminator would be interesting because James Cameron sees this one as a direct sequel to Terminator 2: Judgment Day, while ignoring Terminator 3 which featured a female Terminator. Terminator: Salvation and Terminator Genisys will also be ignored.
The report adds, “While Davis has a key role in the movie, she may not be the reboot’s true star. The producers have been undergoing an intense, and so far fruitless search to find a Latina for the story’s main role, according to sources.”

Coincidentally, Davis was up for the role of Domino in Deadpool 2 back when Terminator director Tim Miller was still attached. Looks like he finally got who he was looking for.
Schwarzenegger just told us that filming would begin this summer, for release on July 26th 2019.  Davis will be seen next in Jason Reitman’s Tully opposite Charlize Theron.