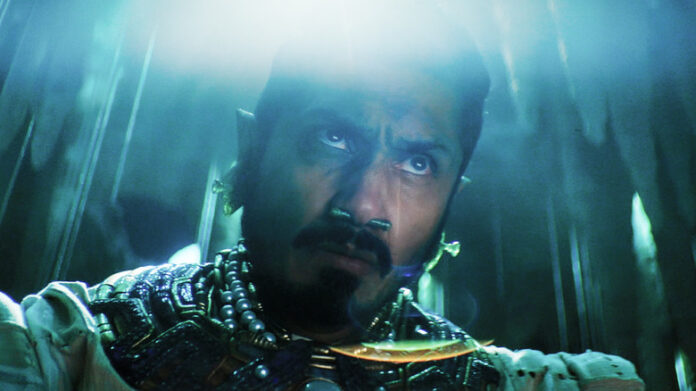 For years, Marvel fans have clamored to finally get Namor on the big screen. But, similar to the situation with the Hulk, rights issues with Universal held things up and so it was unclear if we’d ever see the character’s MCU debut. Fortunately, things changed and we got Tenoch Huerta’s awesome portrayal of Namor in Black Panther: Wakanda Forever. And now, fans are wondering when we’ll get to see him in a movie all to himself.

Well, don’t get too excited. According to Marvel producer Nate Moore (via TheWrap), Namor is still under Universal’s control, which means their options to use the character are very limited…

“He can return,” Moore said.

The unsaid part is that Namor and the Hulk are in similar situations now. Marvel has been able to “borrow” Hulk for years so he can make frequent appearances, and when they did make a solo movie, 2008’s The Incredible Hulk, it was distributed by Universal.

In the case of Namor, the character can return in future Marvel films, but they can’t make a solo movie with him unless they come up with some sort of deal with Universal.

This is basically what’s also going on with Spider-Man, who is under Sony control and the most recent movies a collaboration between the studios.

“It honestly affects us more, and not to talk too much out of school, but in how we market the film than it does how we use him in the film,” Moore said. “There weren’t really things we couldn’t do from a character perspective for him, which is good because clearly, we took a ton of inspiration from the source material, but we also made some big changes to really anchor him in that world in a truth that publishing never really landed on, I would argue, in a big way.”

The good news is that Namor is likely to return, and my hope is that it’ll be in the new Fantastic Four movie. It’ll be good to see him get under Reed Richards’ skin while hitting on Sue Storm.