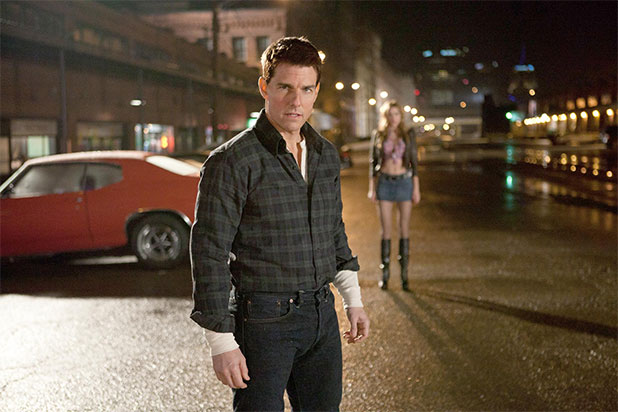 The Jack Reacher films were always a weird fit for Tom Cruise. Created by author Lee Child, the bruising former military man is described as being 6’5″and barrel-chested with fists the size of dinner plates. Cruise is a lot of things, but no matter how well you shoot him from a low angle he’s never going to stop being the guy who made Nicole Kidman look like a skyscraper. The movies themselves were perfectly fine and did okay at the box office, but it seems their time on the big screen is done, and probably also Cruise’s time as Reacher.

Speaking with BBC Radio, Child agreed that Cruise wasn’t exactly the right fit to play Jack Reacher, although he got along with the actor quite well…

“Cruise, for all his talent, didn’t have that physicality. I really enjoyed working with Cruise. He’s a really, really nice guy. We had a lot of fun.”

He added, “But ultimately the readers are right. The size of Reacher is really, really important and it’s a big component of who he is. The idea is that when Reacher walks into a room, you’re all a little nervous just for that first minute. And Cruise, for all his talent, didn’t have that physicality.”


The Jack Reacher franchise will soldier on, but Child says it will be as a TV series rather than a movie, and he’s already looking past Cruise for his next lead…

“So what I’ve decided to do is – there won’t be any more movies with Tom Cruise. Instead we’re going to take it to Netflix or something like that. Long form streaming television, with a completely new actor.”


Plans for a Jack Reacher TV series have been confirmed by Business Insider, but they say Cruise is still very much involved. Doubtful he’ll be appearing in an on-screen role but perhaps as an exec-producer?