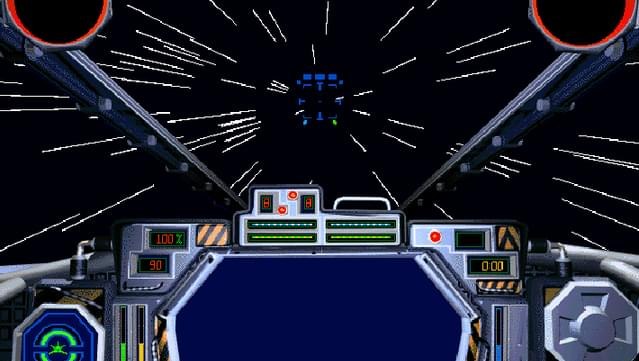 Later this month, director J.D. Dillard will release his latest film, Devotion, that is earning buzz not only for star Jonathan Majors but for Dillard as a filmmaker to watch. Unfortunately, with the good news must also come a little bit of bad. A couple of the high-profile projects Dillard has been associated with are no longer under his guidance, and that includes a Star Wars film at Lucasfilm.

Speaking with TheWrap, Dillard confirmed that he is no longer working on the Star Wars project he was revealed for back in 2020. Dillard said it was “no longer a thing” but “not for lack of trying”. While he didn’t give anything away as to what it would’ve been about, he did suggest it would be aviation-based and be influenced by the TIE Fighter video game…

“My dad being an aviator, we had a bunch of flight simulators,” Dillard explained. “I’m playing [‘TIE Fighter’] for months. And my dad’s flying it with me. And I’m like, ‘Man, this game is just so cool.’ And he’s like, ‘Well, you know, this game comes from a series of movies.’ And I was like, ‘You’re kidding me.’ That is where I watched ‘Star Wars’ for the first time and realized the full scope of what it meant to world build because I’d been playing this pseudo-16-bit game.”

That TIE Fighter game was awesome, by the way. As a kid I also wanted to see a movie that would put more emphasis on the aerial dogfights that were so cool in the Star Wars movies.

Last year, word broke about a potential sequel to beloved adventure The Rocketeer, and Dillard was named as working on that, as well. Well ,forget about it.

“I am not on that movie. But, you know, it’s tricky. I love, love, love ‘The Rocketeer.’ What I have a slightly hard time wrapping my head around now is going back to pre-1970 aviation. You know, I’m not saying never. But I think I need a breather from period aviation.”

Dillard’s latest, Devotion, opens on November 23rd and you’ll definitely want to check it out.