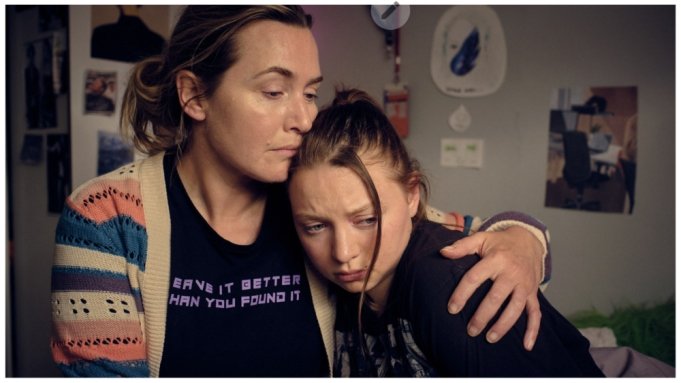 It’s not what you know, but who you know. Hollywood is built on this proverb, and the list is long with stars who are part of an established family legacy. It doesn’t negate the need to be talented for the most part, and definitely comes with its own share of pressure. The only thing that can make it worse is acting opposite your more famous, more experienced parent. And when that parent happens to be Oscar winner and all-around amazing actress Kate Winslet, the pressure is definitely on.

In the upcoming feature-length drama I Am Ruth, Winslet stars opposite her real-life daughter Mia Threapleton. Winslet plays a mother who struggles to connect with her daughter whose mental health is being affected by social media.

The story was conceived by Winslet and director Dominic Savage, and is the opening episode of the third season of anthology series I Am.

I Am Ruth will debut on Channel 4 at a later date. No domestic distribution is confirmed at this point.

I Am Ruth is a feature-length instalment of the BAFTA-nominated and female-led drama anthology series I Am, created by BAFTA winning filmmaker Dominic Savage. The fictional storyline for I Am Ruth was developed and co-authored by Dominic Savage and Kate Winslet, who together have conceived a story for our times about the endemic mental health crisis affecting young people. The film offers an honest and authentic portrayal of a mother and daughter’s increasingly strained relationship. Winslet stars as Ruth, a loving and concerned mother who witnesses her teenage daughter Freya (Mia Threapleton) retreating into herself as she becomes more and more consumed by the pressures of social media.