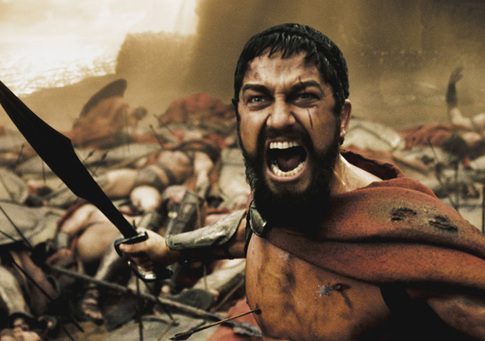 Zack Snyder broke out in a big way with 2004’s Dawn of the Dead, a genre he’s now returned to with equal success with Army of the Dead. But he followed that film with his first huge action blockbuster, the Spartan war film 300, which became something of a cultural phenomenon. It was followed by the…um, well, not very good 300: Rise of an Empire (directed by Noam Murro, who hasn’t made a movie since), but you could see Warner Bros. possibly wanting to revisit that franchise someday.

Well, according to Snyder in an interview on ThePlaylist’s Fourth Wall podcast, he was actually hired to write a 300 sequel over the pandemic. So what happened to it? The studio passed.

“I just couldn’t really get my teeth into it. Over the pandemic, I had a deal with Warner Brothers and I wrote what was essentially going to be the final chapter in ‘300,’” said Snyder. “But when I sat down to write it I actually wrote a different movie. I was writing this thing about Alexander the Great, and it just turned into a movie about the relationship between Hephaestion and Alexander. It turned out to be a love story. So it really didn’t fit in as the third movie.”

So Snyder was hired to make a 300 movie and he gave them something entirely different. Gee, I wonder why they passed? Of course, Snyder sees it as a personal grievance…

“But there was that concept, and it came out really great. It’s called ‘Blood and Ashes,’ and it’s a beautiful love story, really, with warfare. I would love to do it, [WB] said no… you know, they’re not huge fans of mine. It is what it is.”

I’m a big fan of Snyder and his movies, but if you deliver the wrong movie you can’t expect the studio to do backflips over it. Just sayin’.

Anyway, we walked about 300 on this week’s podcast. I’ve been thinking it’s time to revisit both films and this has encouraged me to do so.